Fatu was translocated to Ol Pejeta from Dvur Kralove Zoo in the Czech Republic on 20th Dec 2009.

It was hope that Fatu would breed naturally, but that has not been the case. She is now enjoying a peaceful life on the conservancy.

Najin was translocated to Ol Pejeta from Dvur Kralove Zoo in the Czech Republic on 20th December 2009.

It was hoped Najin would mate successfully once on African soil but all attempts have been unsuccessful and science is now viewed as the best hope to maintain the northern white gene pool.

It is with great sadness that Sudan, the last known male northern white rhino in the world, passed away of age related complications at Ol Pejeta Conservancy in Kenya on Monday 19th March 2018.

Sudan was a great ambassador for his species, a consolation with his caregivers at Ol Pejeta, we therefore feel it is appropriate to offer you the chance to adopt in memory of Sudan. 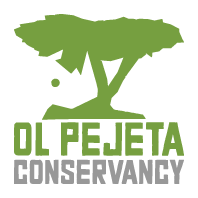 When you adopt a northern white rhino you will receive a certificate, factsheets and photo of your rhino, plus regular updates on their progress.

Northern white rhinos – the rarest mammal in the world – are down to the last two members of their species. Najin and Fatu – mother and daughter – reside together on Ol Pejeta, after the death of Sudan, the last male northern nhite rhino who sadly passed away in March 2018. There were four northern white rhinos at Ol Pejeta (including a male, Suni, who passed away of natural causes in 2014) translocated to Kenya from Dvur Kralove Zoo in the Czech Republic in December 2009 and now the two females are the only known northern white rhinos left in Africa.

When you adopt a northern white rhino you will receive a certificate, factsheets and photo of your rhino, plus regular updates on their progress.

YOUR ADOPTION REALLY DOES HELP RHINOS

You can help care for the last two northern white rhinos by adopting them or adopt in memory of Sudan’s legacy by supporting scientific research into the continuing the species in a lab. The only hope of a future for the sub-species is a scientific breakthrough. Research is being carried out to find a way to reproduce a northern white rhino calf using in vitro fertilisation (IVF). It is not a simple task, and it is certainly expensive. Good progress has been made on developing the process, but it is estimated a further $10m is needed to complete the research and develop the procedures needed.

When you adopt a Northern White Rhino, you will be helping with:

Find out more
about our work with
Ol Pejeta Conservancy

Adopt Thandi and her Family