Ol Pejeta Conservancy is a 400 square kilometre safe haven for wildlife, including rhino, in the Laikipia region of Kenya. Ol Pejeta is home to the largest population of black rhino in East Africa, and conversely, the last two northern white rhinos in the world.

In addition, Ol Pejeta has some of the highest predator densities yet still manages a successful livestock programme, a ground breaking model now being replicated by other conservancies across Africa.

WHY DO RHINO NEED A SAFE HAVEN?

Rhino species across the planet are heavily threatened by poaching as a result of demand for their horn. Despite it having no medicinal value, rhino horn is traded as a commodity in places such as Vietnam, where it is used by a small urban elite as a status symbol, in powdered form, to cure hangovers after a big night out!

Rhino are also threatened by a loss of habitat. As the human population grows, a greater threat is placed on land that is home to our wildlife. For rhino and other endangered wildlife to thrive we need to find a way for humans and wildlife to live harmoniously alongside each other and not in competition with each other. 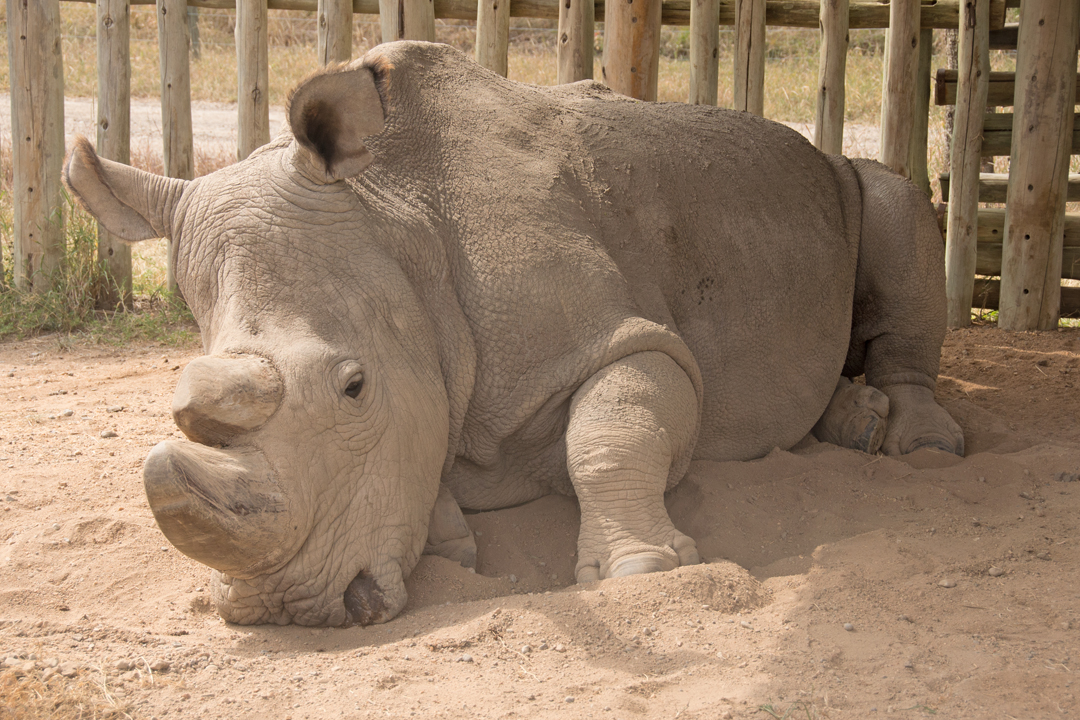 HOW WE ARE HELPING

Ol Pejeta has a record of success in rhino population growth. From a starting population of just four Eastern black rhino in the late 1980s, today the conservancy boasts a population of 135 individuals. It is an incredible achievement, but one that comes with much heartache and at great cost, not only financial cost but in human lives too.

Creating a better land for rhino and all wildlife

Ol Pejeta is playing a key role in creating new habitat for wildlife, and in particular their rhino. This includes bringing additional land into the conservancy, allowing them to continue the region’s most successful black rhino breeding programme and playing a key role in an initiative to open up multiple rhino habitats within the Laikipia region.

The first successful production of a rhino embryo in 2018 has signalled hope for the future of the northern white rhino, which with only two females remaining on the planet, is now functionally extinct. Najin and Fatu, who reside at Ol Pejeta, are part of the ovum pick-up project, harvesting eggs from them both, to produce pure northern white rhino blastocysts where both eggs and sperm are from northern white rhino.

There is hope, that in the future, the laboratory-created embryo will be successfully implanted into a southern white rhino, who will act as surrogate, to bring the northern white rhino back from the brink of extinction.

WORKING WITH THE LOCAL COMMUNITY

Ol Pejeta plays an important role in the communities surrounding the conservancy, supporting local people to ensure wildlife conservation translates to better education, healthcare and infrastructure for the next generation of wildlife guardians. It is estimated that around 50,000 people benefit either directly or indirectly from the support of Ol Pejeta. 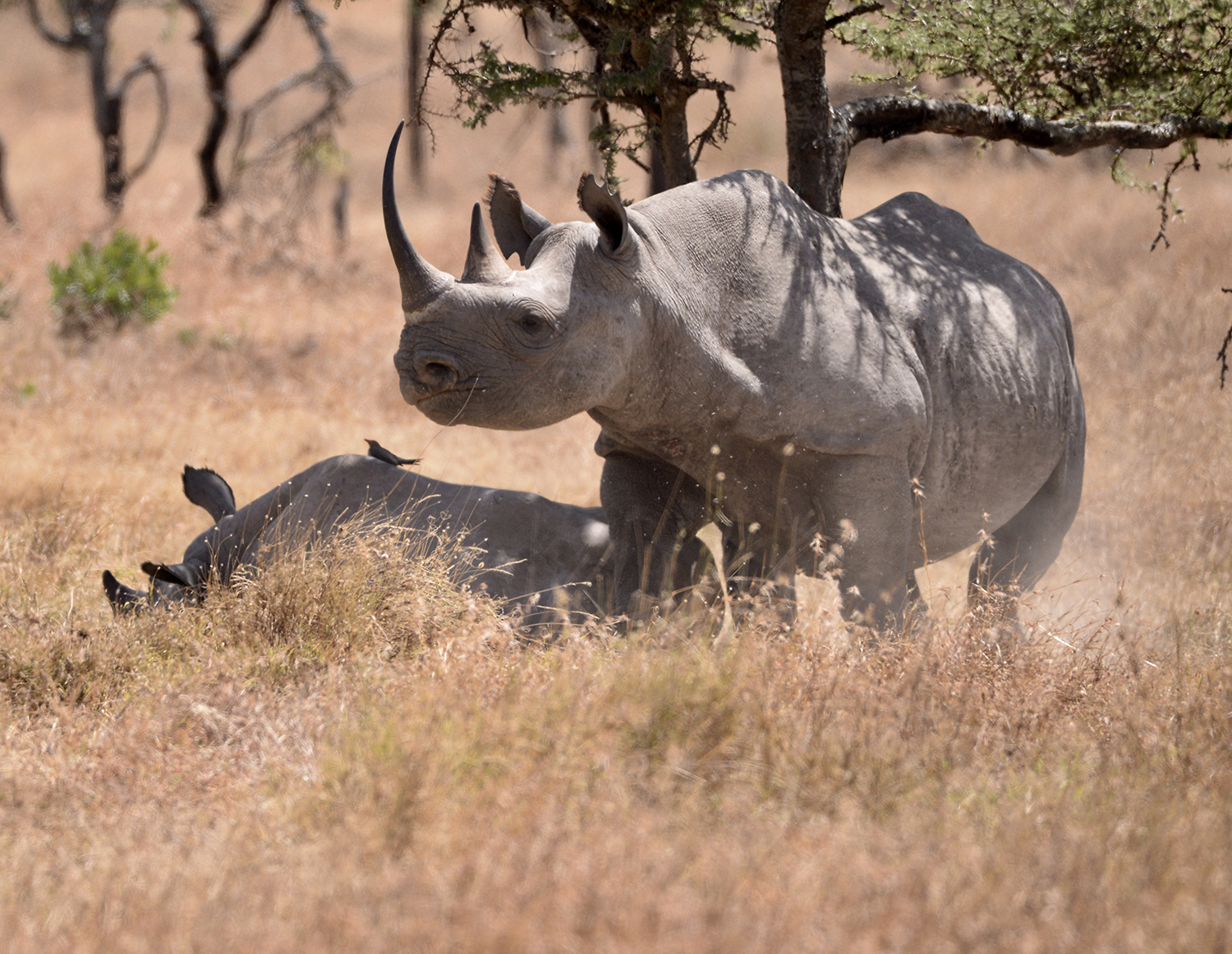 In the last 10 years more than 7,000 African rhino have been illegally killed. Belgian Malinois, German Shepherd, Bloodhound or Springer Spaniel, Ol Pejeta’s dogs, once trained, are capable of search, track and attack of poachers and make highly effective members of the anti-poaching teams to help protect rhino and other wildlife.

Dogs are brilliant hunters and detectors. They have tremendous stamina, a great sense of smell, and are extremely fast. They can alert rangers to the presence of a poacher up to a kilometre away and find hidden arms and ammunition.

With dogs, anti-poaching teams are now much better equipped to track and detect at night and can cover greater ground. There is no technology that works better than our canine friends.

Helping Rhinos is proud to partner with Ol Pejeta, a truly innovative programme with a track record of success for over a decade. Helping Rhinos have consistently been one of the largest contributor's to Ol Pejeta’s rhino conservation work.

Helping Rhinos run the ‘Adopt a Northern White Rhino’ and ‘Adopt an Anti-poaching Dog’ programmes in collaboration with Ol Pejeta.

TOGETHER OUR ACHIEVEMENTS INCLUDE: 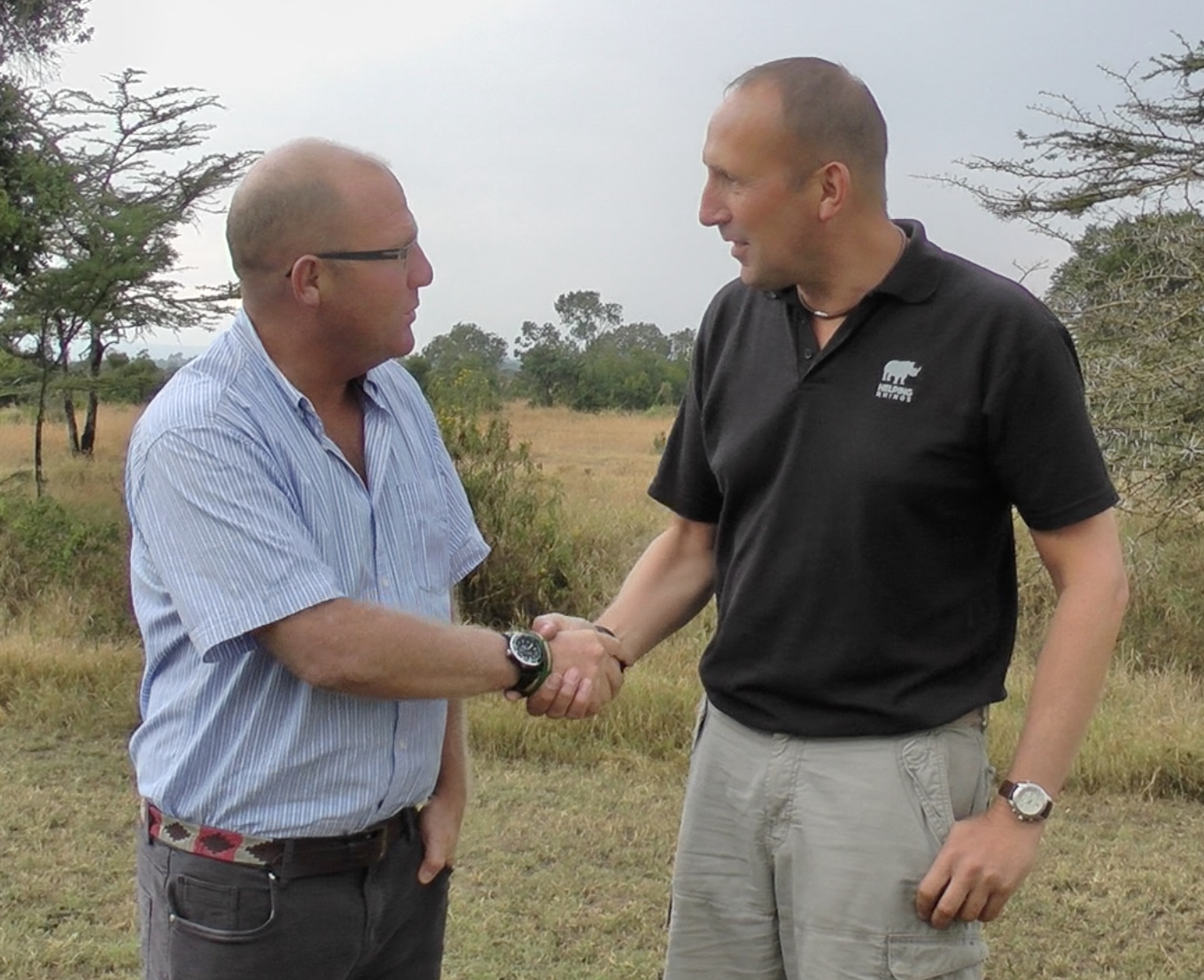