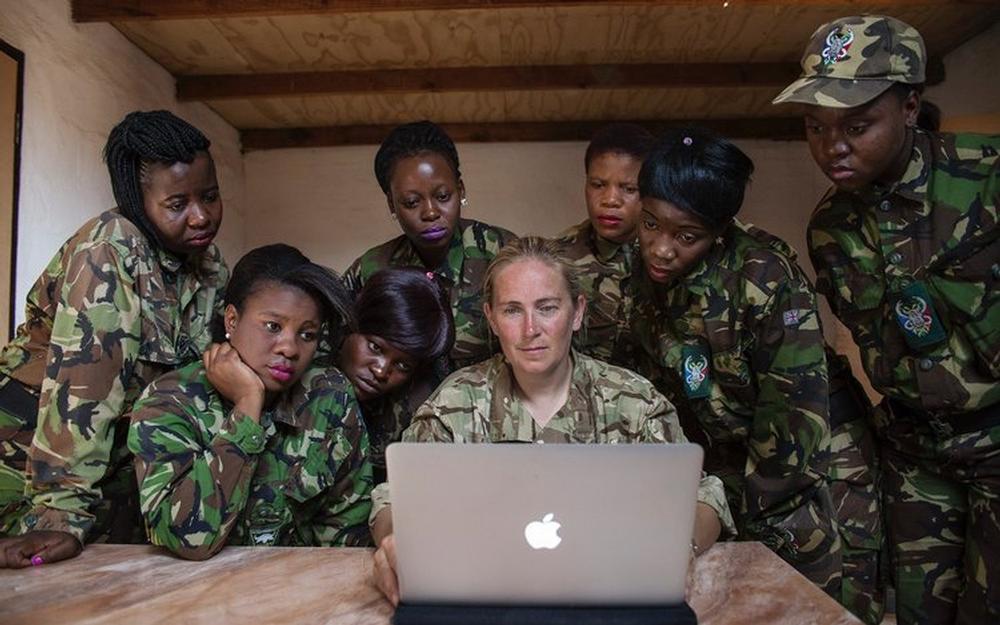 Alice Bromage is the founder and Director of Empowering Success; providing resilience, leadership and performance coaching and consultancy. Whilst London based, she & the team at Empowering Success support leaders and teams across the globe.
Prior to founding Empowering Success, Alice spent 20+ years in the British Army, and it is the hybrid of leadership coaching and tactical understanding that led her to the Mambas…
Alice started working with the Black Mambas in October 2016, providing team building and mindset training. She went back to Balule in March/April 2017 to help develop the management practises of the Black Mambas, and undertaking a review of their working practises in light of the ever evolving and worsening poaching levels across the region.
Following on from the progress made in Spring 2017, Alice returned in July/August to run a resilience, leadership and development package for the Black Mambas.
The next stage of their training was in July 2019, when Alice spent a month with the Mambas, further supporting their leadership and team development. This saw a period where the Mambas’ work broached the boundaries of financial crime, and tourism. They received the Global Peace through Tourism Award in July 19, and were key note speakers at a financial gathering of 13 banks, from across 18 countries in Africa; helping them understand the link between International Wildlife Crime and money laundering.
Alice continues to support the Black Mambas APU, and broader anti-poaching community: not only by going into country to help train the Mambas, but as their UK Ambassador, she also provides talks to everyone from schools, to international banks, and everything in between…
If you would like to explore developing your own leadership or team, or to have Alice come & speak at an event about Leadership &/or the Mambas: please get in touch.