Sudan - More Than Just a Rhino 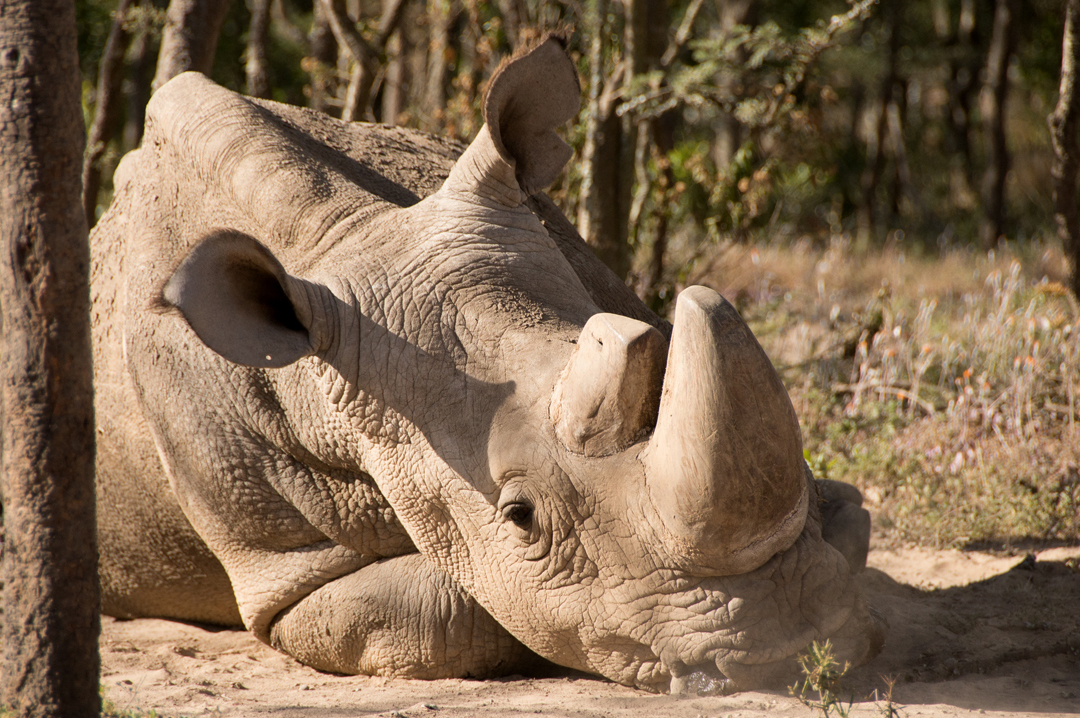 MORE THAN JUST A RHINO

Sudan was no ordinary rhino, he was the last male northern white rhino, and without doubt the most famous rhino in the world. His death on 19th March 2018 came after Sudan had been treated for age-related health issues and for a series of infections. His condition worsened significantly in the 24 hours before his death; he was unable to stand up and was suffering a great deal. The veterinarian team from the Dvur Králové Zoo, Ol Pejeta and Kenya Wildlife Service made the decision to euthanize him to ensure he did not suffer unnecessarily. Sudan's passing has been met with an emotional outpouring from far more than those who spent time caring for this gentle giant.

At the age of 45 Sudan was a very old man, well over 100 years old in human equivalent years. The reality is Sudan passed away of old age and not at the hands of poachers or as a result of man's actions, in fact quite the opposite. The love and attention Sudan received from his caregivers at Ol Pejeta Conservancy undoubtedly prolonged his life by a number of years. Sudan's death is one we should wish for all rhinos - a natural death and not one resulting from a bloody mess of a face where his horn once stood so proudly.

Sudan was a global superstar, even listed as 'the most eligible bachelor' on the dating app Tinder, and as with all superstars he will be mourned. There will be anger that the last of his breed is no more, our anger should not however be at the death of Sudan, but for what his death represents. That the actions of humans have resulted in the near extinction of a species that once roamed this planet with the dinosaurs!

Sudan was of course unaware of the impact he had on so many people around the world. After all, he was just a rhino doing what rhinos do - eating, drinking and sleeping. Sudan will leave a legacy, but exactly what that legacy will be is up to us.

In the last 50 years we have lost over 95% of the Africa's black rhino. We will have most definitely failed Sudan if in a few years' time we are talking about 'the last male black rhino'. The legacy we must create for Sudan is to NEVER let his story be repeated.

Let us grieve for Sudan, but remember he lived a very long life, loved by many. Let us feel frustration at what Sudan's death represents, but make sure we use that frustration in a positive way to make this a safer world for every remaining rhino and all other endangered species. That would be a legacy Sudan can be proud of.

Rest in peace old friend - we will not fail you!

Helping Rhinos is working to ensure we do create the legacy that Sudan can be proud of. We will collaborate with our partners to empower local communities and build sustainable operating models for the future of conservation. We will support the scientific research being carried to create future northern white rhino calves using in vitro fertilisation (IVF). To help us achieve it, please donate in memory of Sudan below.

All funds raised by clicking the link below will go Ol Pejeta and the northern white rhino breeding programme. This page is officially endorsed by Ol Pejeta Conservancy.