The Importance of Maintaining a Healthy Environment

The 5th June sees the world celebrate World Environment Day, but what is it we are celebrating? For many years the plight of the environment and the slow but definite destruction of our planet has received much coverage in international media outlets, but has anything changed?

The short answer is YES, but not always in a positive way! Now the current COVID-19 pandemic looks set to have a further long term negative impact on our environment as the world undoubtably faces up to the worst economic crisis for a generation. 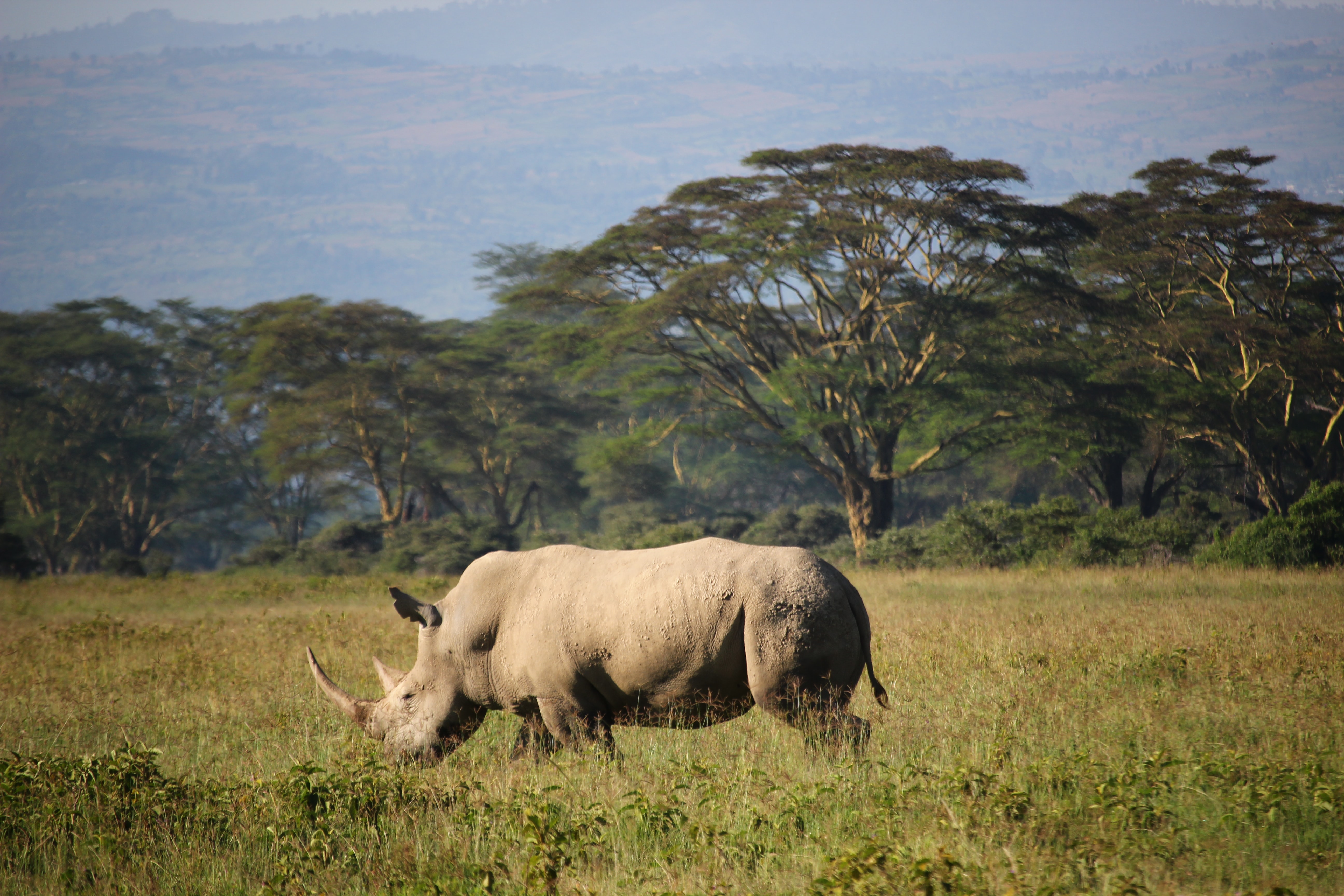 WE ALL need a healty environment 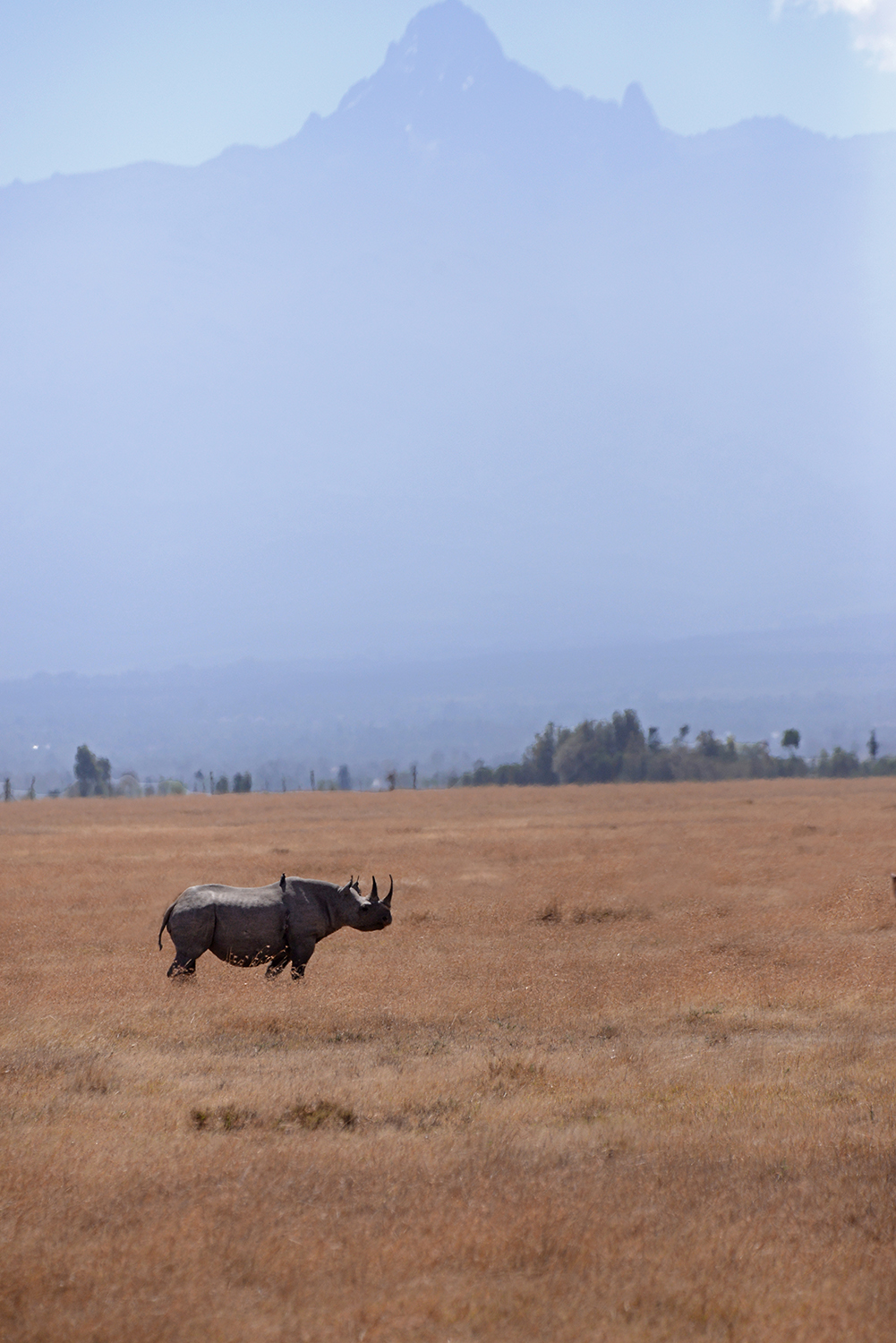 Last month we reported on the news that rhino poaching had dramatically declined during the COVID enforced lockdown, but as we explained at the time, that was not the whole story. To achieve a healthy environment, we must ensure we have a well balanced ecosystem with strong biodiversity.

Many different species of fauna and flora, including humans, need a diverse habitat to thrive, but all are interlinked in a complex jigsaw of life. If one part of the jigsaw is removed the overall picture becomes broken and slowly we will start to lose other critical pieces of the picture.

Let us explore further the jigsaw of wildlife conservation and use the rhino as an example species. Many other species rely on the presence of rhino for their very existence, including many humans.

As a megaherbivore and an umbrella species, the rhino is responsible for maintaining a diversity of flora across its territory as it eats its favourite food and then spreads the seeds through its poop in a different location. This creates an expanded habitat for other species that share the same food source. Other animals also benefit from the rhino's presence, for example the oxpecker and the dung beetle can all be found close to a rhino.

But how do humans benefit so much from the rhino's presence? The rhino is one of the so called 'Big Five', and as such is a major tourist attraction at national parks and safari locations around the world. For many African countries, eco-tourism is major contributor to the economic well being of the nation and provides significant employment opportunities to the villages surrounding the parks and reserves.

THE IMPACT OF COVID ON the Environment

The COVID-19 pandemic has effectively removed a critical piece of our 'environment jigsaw' - eco-tourism. The abrupt halt of tourism income has resulted in many people being laid off from their safari industry jobs, at least on a temporary basis. But that temporary could be for as a long as 10 to 12 months - that is many already poor families now receiving no income for up to a year. The jobs impacted will range from lodge staff to anti-poaching and security personnel.

This creates a potential new pandemic - starvation. With so many living on the borders of national parks and reserves, it is already clear that many will look to these parks for a source of food that they can no longer afford to buy from the local shops and traders. This is known as 'bushmeat poaching'.

The traditional 'tool' of the bushmeat poacher is a wire snare - a loop of wire that pulls tight around whichever part of the animal is caught in it. The snare pulls tighter and tighter as the animal tries hard to escape. It is a cruel, long and painful death. The snare is an indiscriminate killing machine - it may be set to capture impala or kudu but if a rhino, elephant or giraffe were to walk in the wrong place at the wrong time, their fate would be the same.

It was the removal of eco-tourism that started the collapse of our environment jigsaw. Through the loss of one piece we start to see more and more pieces fall apart, and before we know it, our once clear picture of a healthy environment is broken into many pieces.

It demonstrates the importance of local communities being able to sustain a standard of living that does not require them to turn to crime simply to survive. 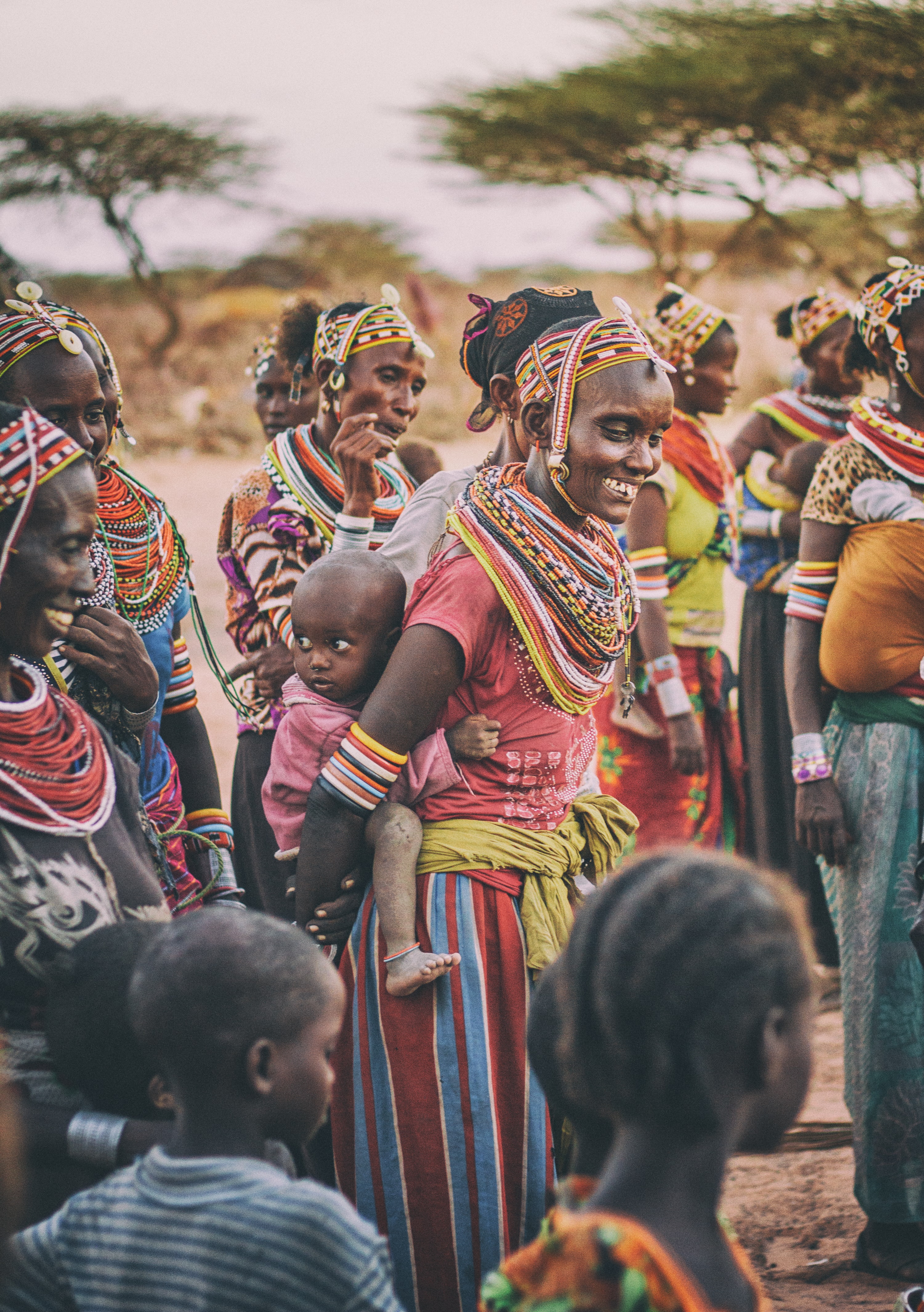 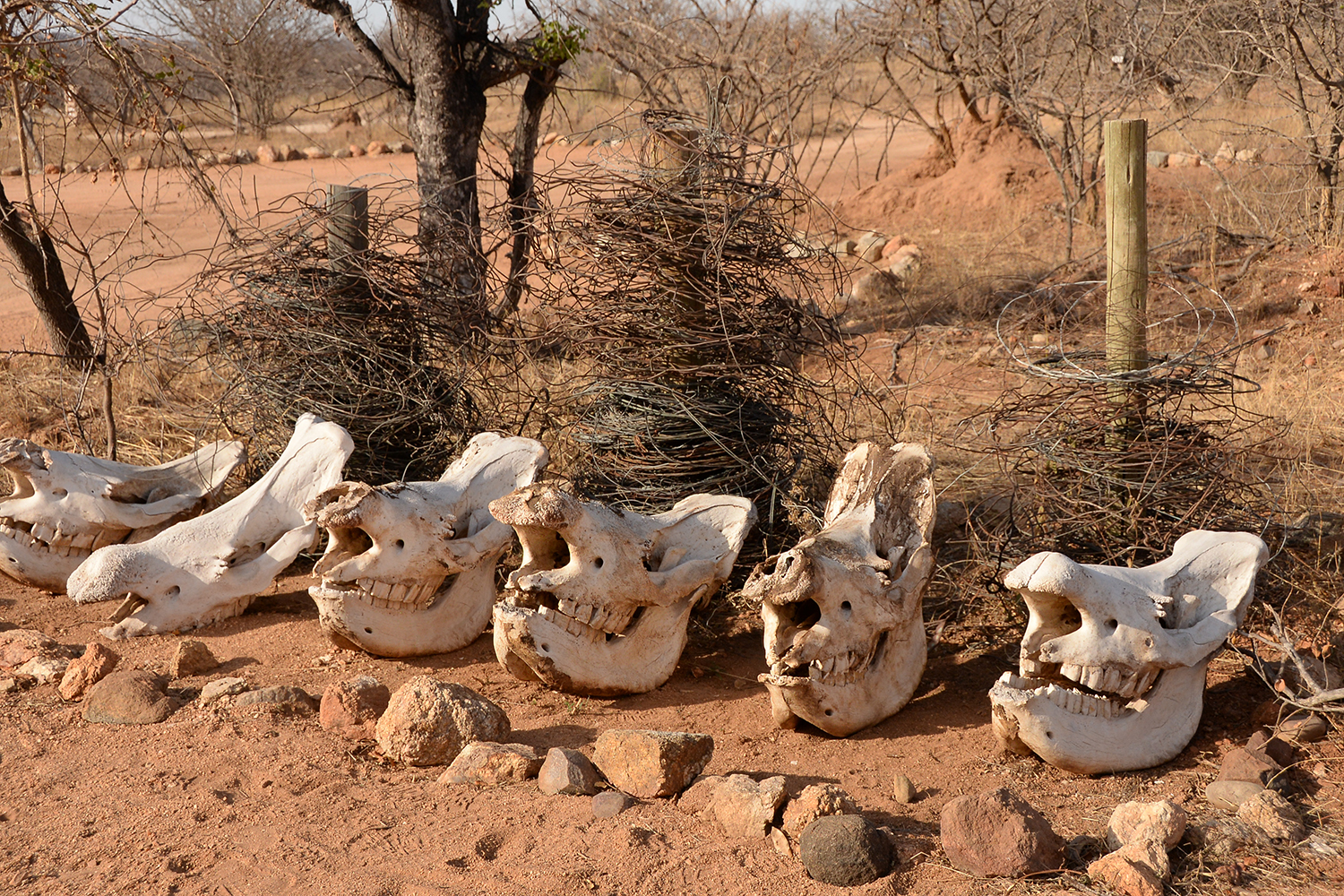 “The impact of Covid19 on the communities surrounding Kariega Game Reserve is severe and expected to worsen significantly over the next few months. Unemployment in these rural communities was already very high at approximately 30%, and a large percentage of people that do have jobs are employed in the tourism sector. These people are all on reduced or no earnings at the moment and may lose their jobs entirely. For many families, one employed person is responsible for feeding eight or more family members. So for every 5 people who loose their jobs, 45 community members might be negatively impacted.
It is very scary.”

HOW DO WE FIX THE PUZZLE?

If we accept that the loss of eco-tourism is driving a negative impact on the livelihoods of local people who have come to rely on the industry to support themselves and their families, then we must find a way to support these communities through other means.

There is huge pressure on governments around the world, and of course there is no bottomless pit of cash for them to call upon. So, the rest of the world must step up and do what we can.

If we are truly to celebrate 'World Environment Day', it is critical that we understand the connections and dependencies between wildlife, wild spaces and humans. If we want to protect rhino in their natural habitat, we must also protect the people who share the same space as rhinos. 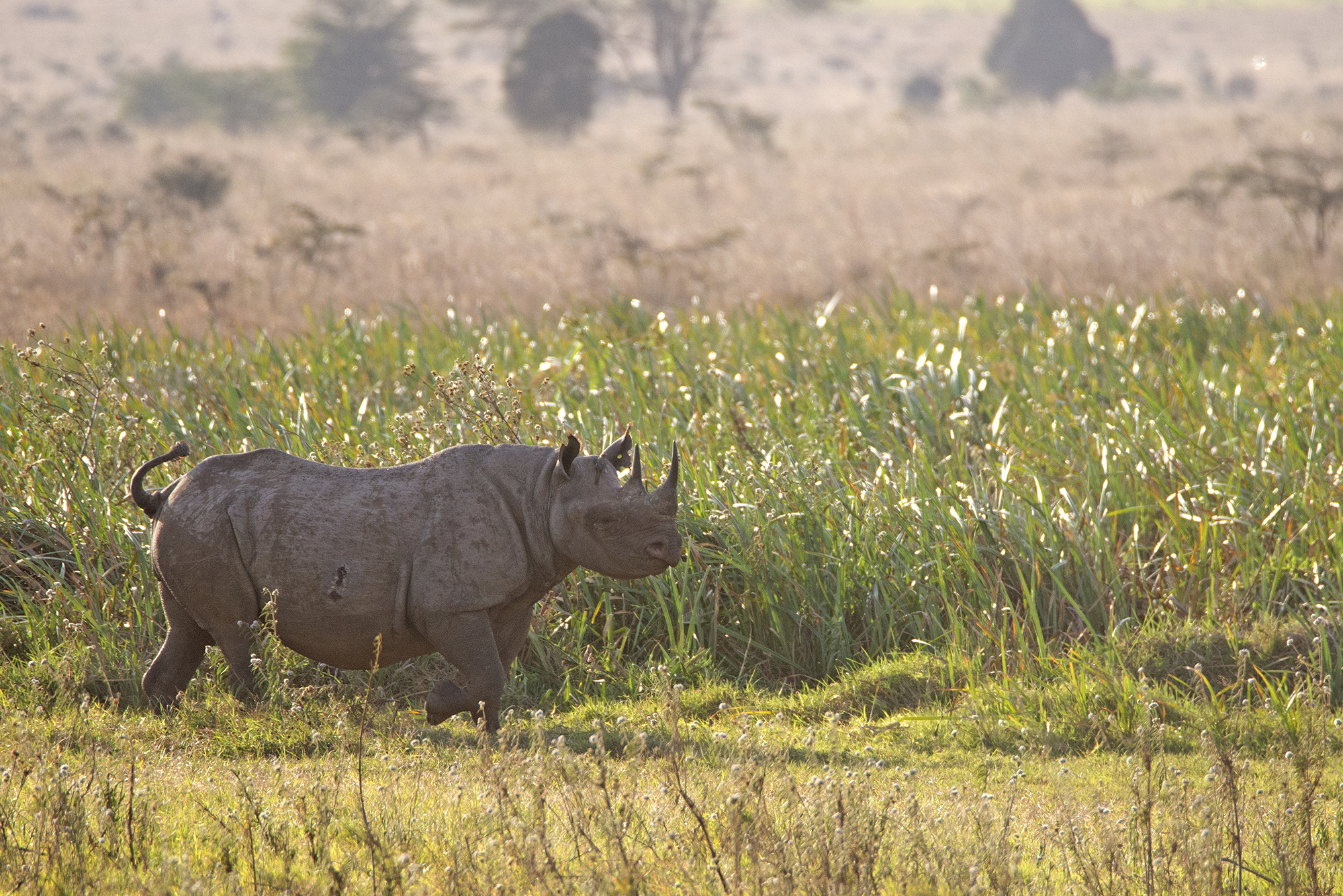 We understand these are difficult times for many, not just those living around our Parks and reserves, but with your continued support we will continue our work to maintain the environment jigsaw. Without it there is little chance of a future for rhino, other endangered wildlife or indeed the human race.

Rhino Poaching Down, but for how long?

Why are Rhinos Endangered?