The Future of the Northern White Rhino

The future of the northern white rhino

As did many others, Helping Rhinos viewed the recent BBC programme Expedition Rhino: The Search for the Last Northern White with interest. Extinction and the preservation of wildlife in the wild is an area of increasing worldwide attention and with over 8,400 species of wild fauna and flora listed as critically endangered, encouraging attention and discussion towards supporting the restoration of habitats and ecosystems is vital. Time is of the essence in the race to save species, and we are focused playing our part to recover key species, including the northern white rhino. 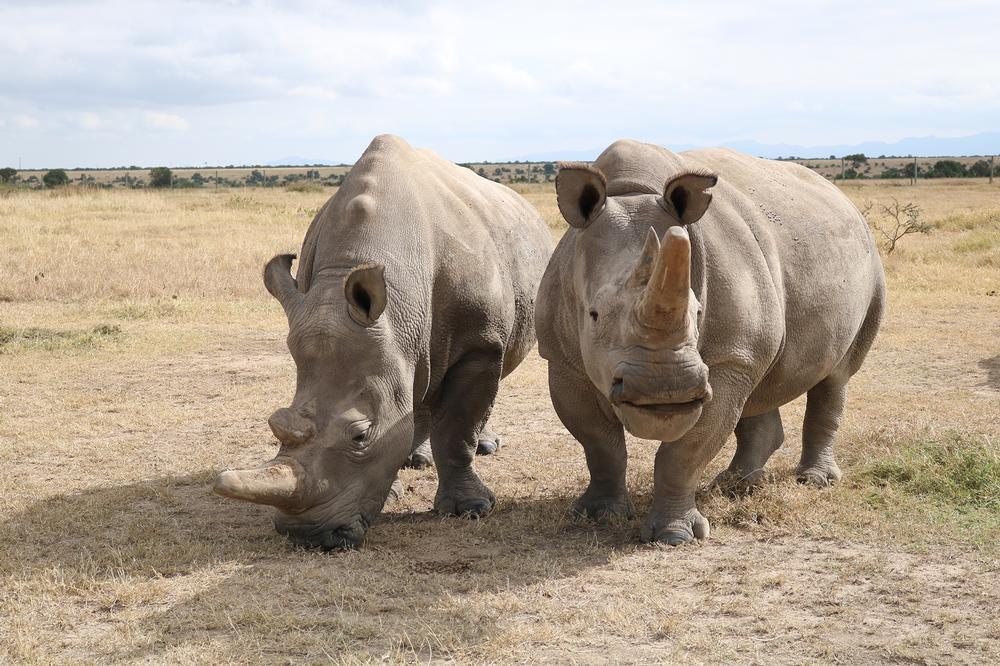 The northern white rhino (NWR) is arguably the largest, rare animal on earth today. It formerly ranged over parts of north-western Uganda, southern Chad, south-western Sudan, the eastern part of Central African Republic, and north-eastern Democratic Republic of the Congo (DRC). Poaching and civil unrest sadly led to the IUCN officially declaring the NWR as extinct in the wild in 2008.

Just a year later, on December 20th, 2009, four of the world’s last remaining seven northern white rhinos arrived at Ol Pejeta Conservancy. Najin, Fatu, Sudan and Suni had been living in Dvur Kralove Zoo in the Czech Republic. Although Suni, Najin and Fatu were born in the zoo, the rate of reproduction was too low to sustain a population, and the hope was that the climate and rich grasslands of Ol Pejeta, a natural habitat for the animals, would provide them with more favourable breeding conditions.

The long-term consequences of the loss of a keystone species for the fragile ecosystem of Central Africa are not fully predictable. However, the eradication of a megavertebrate and important landscape architect such as the NWR will cause at least a significant disturbance or even destruction to elements of the complex ecosystem.  That is why, the BioRescue project is contributing scientific and veterinary expertise to the Northern White Rhino rescue mission.

Sadly, due an age-related illness, the last male, Sudan died in March, 2018. The last two known NWRs, Najin and Fatu, a mother and daughter, reside on Ol Pejeta Conservancy under constant protection. While recent reports have suggested the possibility of a very few individuals surviving in South Sudan, this does not change our strong belief that the future of this subspecies, we believe, now lies in the development of in vitro fertilisation techniques and stem cell technology, complicated procedures that have never before been attempted in rhinos. The BioRescue Consortium is developing these methods of assisted reproduction and stem cell associated techniques. Sperm and egg cells from several individuals have been collected and cryopreserved. So far the BioRescue team have produced 14 viable pure NWR embryos. The next step will be the transfer of these cryopreserved embryos.  To learn more, please visit biorescue.org

If you’d be part of the movement to save this iconic species, we hope you will consider adopting Najin or Fatu orin memory of Sudan, supporting the care of  the last two, Najin and Fatu, on Ol Pejeta and following the BioRescue Consortium as we race to save the northern white rhino.

What are Rhinos Endangered