Mthetho Turns One: help us celebrate this little rhino’s birthday!

Thandi and two male rhinos were discovered on 2nd March 2012 after their horns were brutally removed with machetes and they were left to die by poachers. The two males sadly died, whilst Thandi endured numerous operations. Her bravery throughout this ordeal was truly inspirational.

Thandi went on to have two calves, Thembi in 2015 and Colin in 2017.  And then on 3rd April 2019, much to the amazement of field guides, she emerged from thick bush with a little male calf in tow.  It was a truly wonderful moment.

Mthetho’s name means ‘Justice’ in isiXhosa.  This name is symbolic as at the time of his birth, members of the notorious Ndlovu gang were each sentenced to 25 years in prison. The gang had been responsible for many rhino poaching incidents in the Eastern Cape, and quite possibly the poaching of Thandi.

And now a year on, we are delighted to celebrate Mthetho’s first birthday.  Mthetho is still very much under the protection of super mum Thandi, occasionally seen with his brother Colin and sister Thembi when they come together as a family.

He is a curious, free-spirited one-year-old rhino calf growing up completely oblivious to what his mother went through and the actions that have to be taken on a daily basis to keep him safe.  We must do everything we can to keep this family and other rhino and wildlife safe at all times. 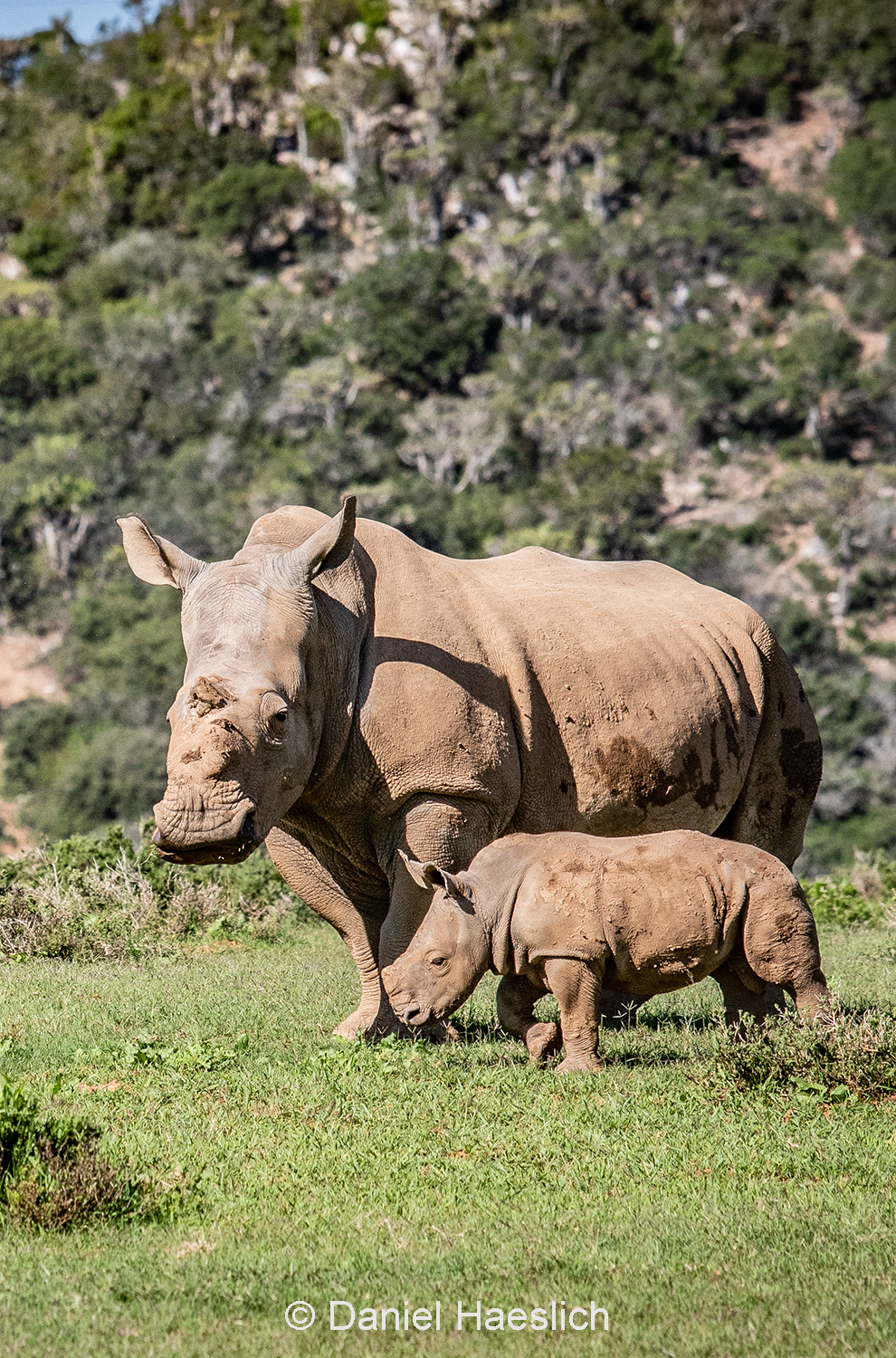 A New Threat to Mthetho and all Rhinos

However, there is a new threat to Mthetho and all rhinos in the form of the COVID-19 Coronavirus. The arrival of the virus throughout the world has turned our lives up side down and none more so than in Africa, where rhinos and the Rangers responsible for protecting them need our support more than ever.

The Kariega Foundation is the conservation arm of the Kariega Game Reserve. Travel bans implemented by the South African government in mid March have effectively cut off one of the Foundation’s main source of funding – tourism.  This funding is used to maintain an active and effective Anti-Poaching Unit (APU) and run environmental and education programmes critical for the protection and preservation of all rhino.

But all is not lost. The best birthday present we can all give this little one year old calf is a long and peaceful life in which he can sire his own offspring thus preserving the southern white rhino species.

Help us celebrate Mthetho’s first birthday and make a wish come true by ensuring the continuation of the work of the Anti-Poaching Unit and rhino education programmes.

There are three very rewarding ways in which you can help:

Ever wanted to name a baby rhino?  Now’s your chance! Take part in our fabulous Prize Draw and be in the chance to WIN a unique opportunity to name the next rhino calf born at Kariega Game Reserve.  And that’s not all! Kariega Game Reserve is inviting the winner (plus one) to visit Kariega and see the new baby for themselves! * This awesome prize is for a three-night safari at Kariega with game drives on one of the Eastern Cape's most treasured Reserves. **

Through the sale of the Prize Draw tickets, our aim is to raise enough funds to support the Rangers of the Anti-Poaching Unit who protect Mthetho, all other rhino and wildlife at Kariega Game Reserve. It will also help fund other projects supported by Helping Rhinos who are similarly suffering.

* Best endeavours will be made to show the winner the baby rhino they have named, but as these are wild animals we cannot guarantee any sightings. 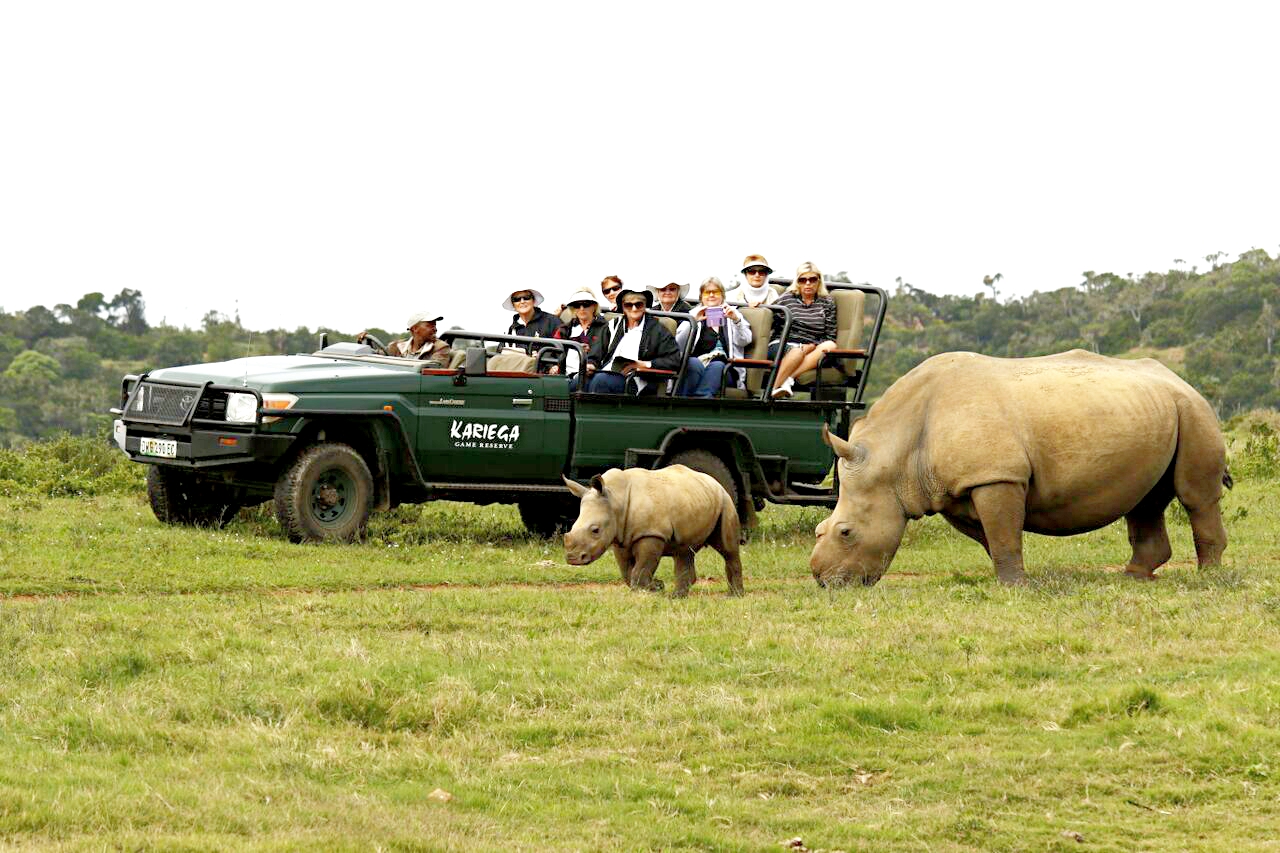 YOU CAN ADOPT CUTE MTHETHO

Think of it as a gift to protect him.  He will be very grateful.  All you need to do is visit our Adopt Mthetho page, choose our package and follow the online check out process to register and pay online.  You’ll even get a gift back in the form of a certificate and photograph and fact sheet as well as regular newsletters updating you on how he is doing.

Adoptions also make a great gift. Why not give a gift to a loved one to let them know you are thinking of them, even in these difficult times when you may not be able to get together. 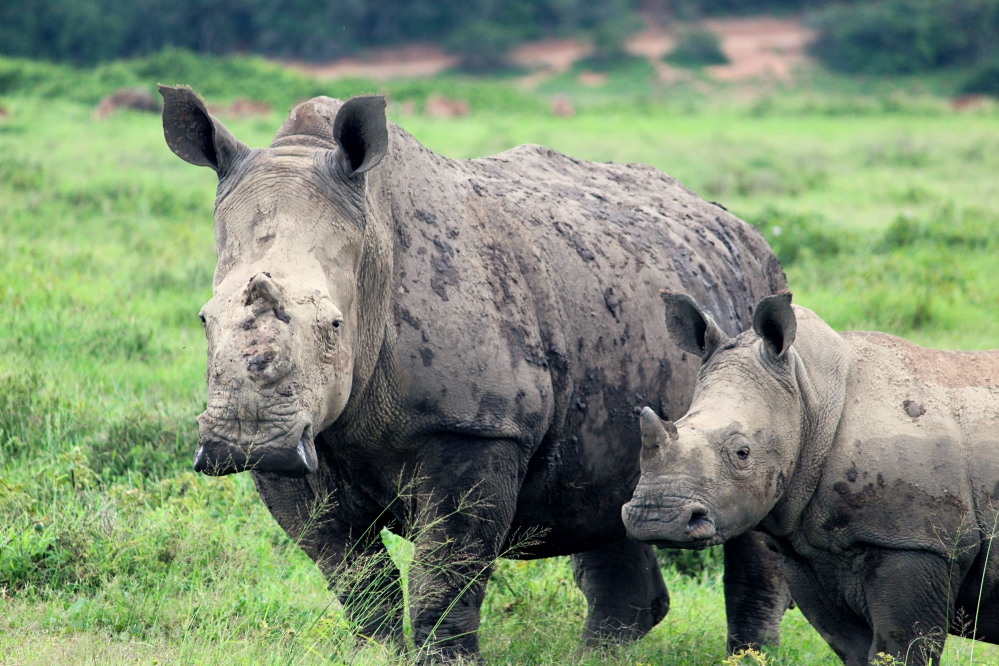 You can make a donation directly to Helping Rhinos

Our work is only possible with the generous donations of our valued supporters. We appreciate every gift and promise that we will use every donation where the need is greatest.

And at the moment with flights cancelled and national parks and reserves closed and tourism funding drying up, we need your support more than ever. Anti poaching patrols and other essential conservation operations are at risk.

But you CAN make a difference. Visit our ‘About Helping Rhinos’ page to see how funding underpins all focus areas of rhino conservation. And click on the DONATE button undet the cute picture of Mthetho having a drink from Thandi. 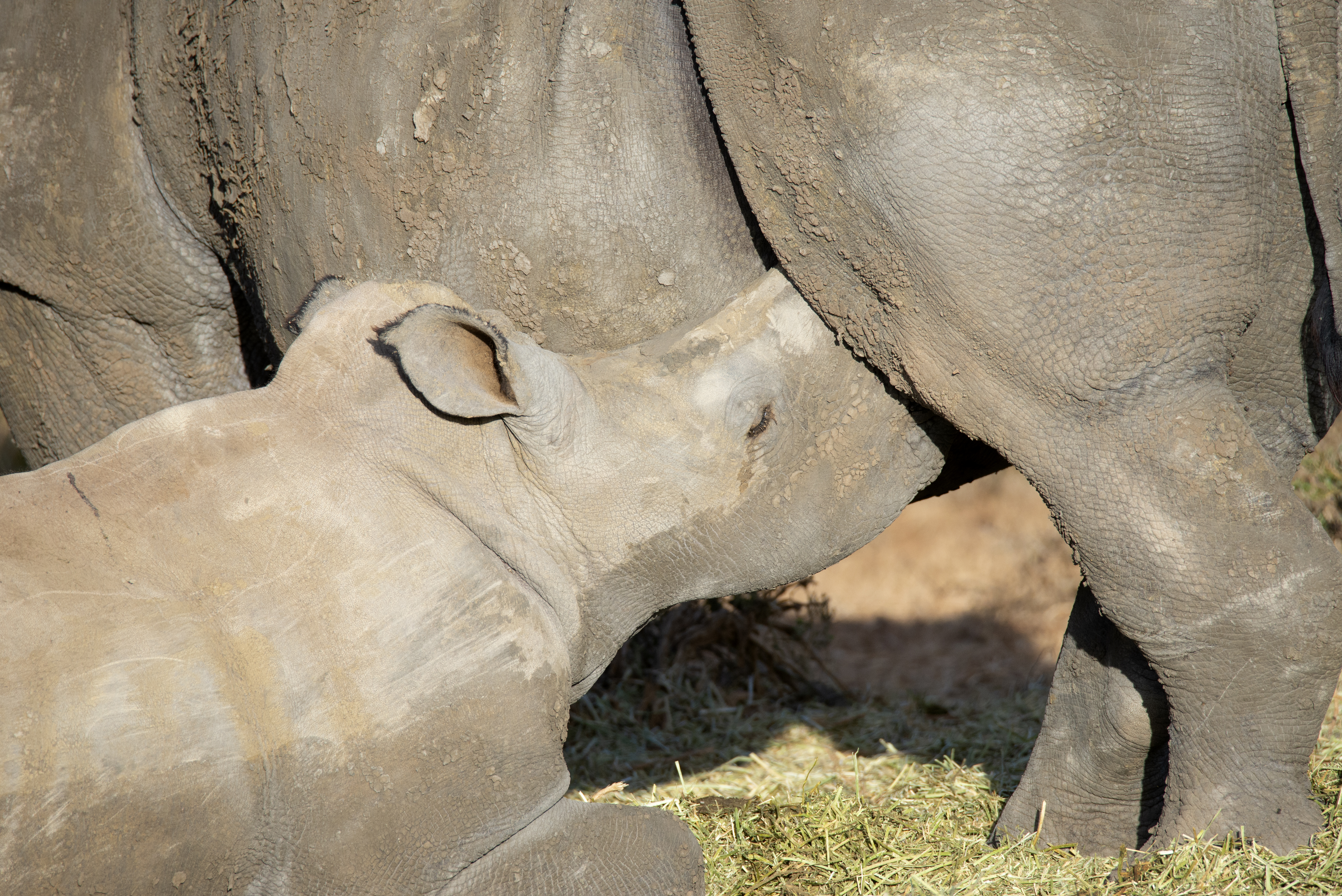 May there be many more.