Siseko Mayinje was born and raised on a farm, now a wildlife reserve, situated in the Eastern Cape province, South Africa.  He is the 4th generation of Xhosa family still living and working on the Reserve. Following a chance meeting and subsequently securing a private sponsorship, Siseko studied for a Diploma in Nature Conservation in the town of George and completed his practical training back at the reserve he grew up on.  It was during this time that his passion for conservation grew.

Siseko also worked as a vet assistant with Dr William Fowlds and would often travel in a helicopter or small aircraft as part of wildlife procedures.  This experience in the air sparked Siseko’s interest in learning to fly.

Siseko undertook a cadetship at a Flying school in Port Elizabeth and obtained a private pilot’s licence in 2014.  Through hard work and determination Siseko was then able to build up his flying hours whilst working part time and recently qualified as commercial fixed wing pilot.

Siseko is now an experienced Rhino anti-poaching pilot, flying low and slow in a Bantum plane over plains and valleys within the 40,000 ha Indalo collaboration of reserves. 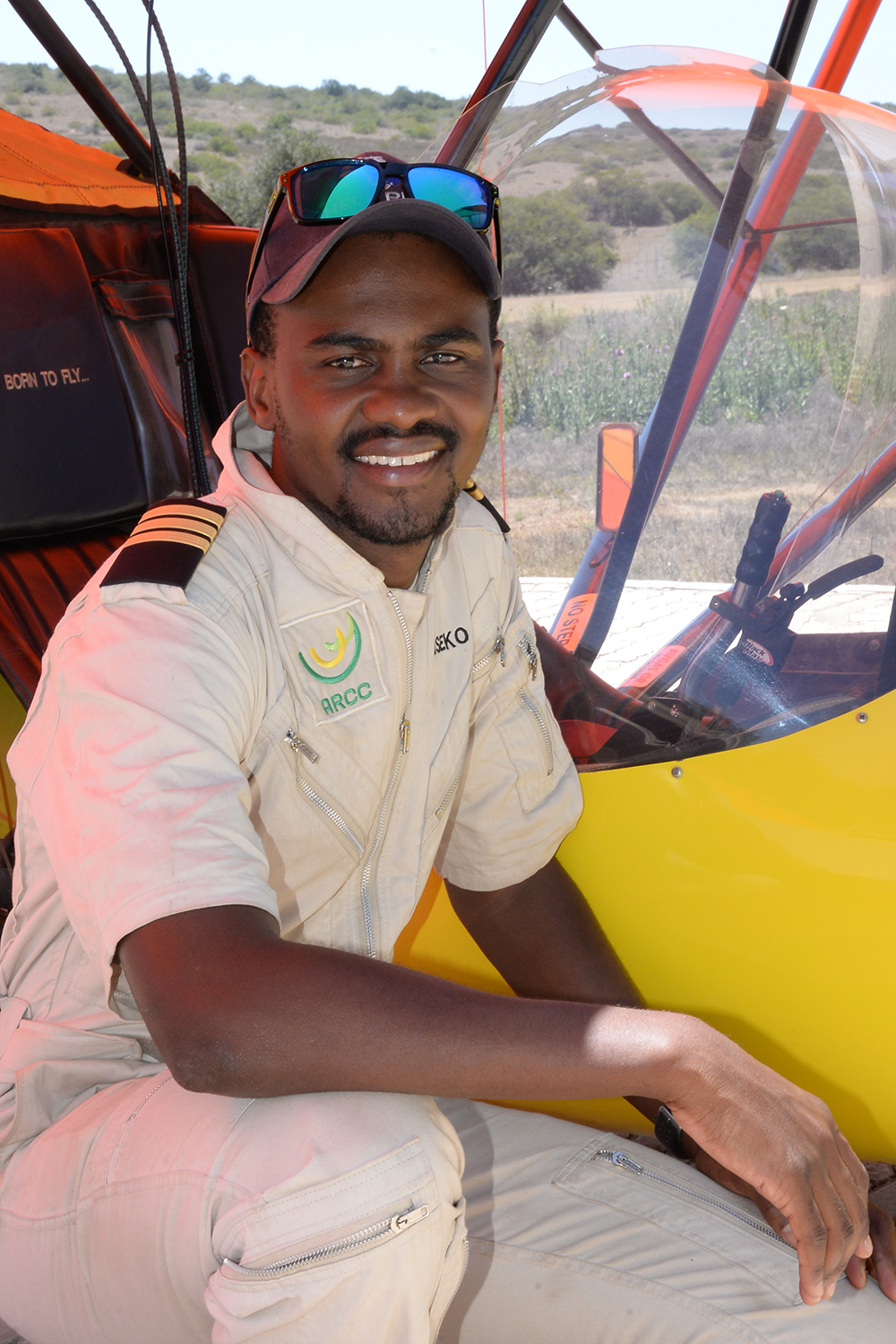 “Becoming a commercial pilot was in my wildest dreams…It was such an amazing achievement and I want to give back to the community and to show the youngsters around here that it is possible – that you do can do it, your background doesn’t matter, wherever you come from, your dreams can come true – if you push and our work hard enough.” 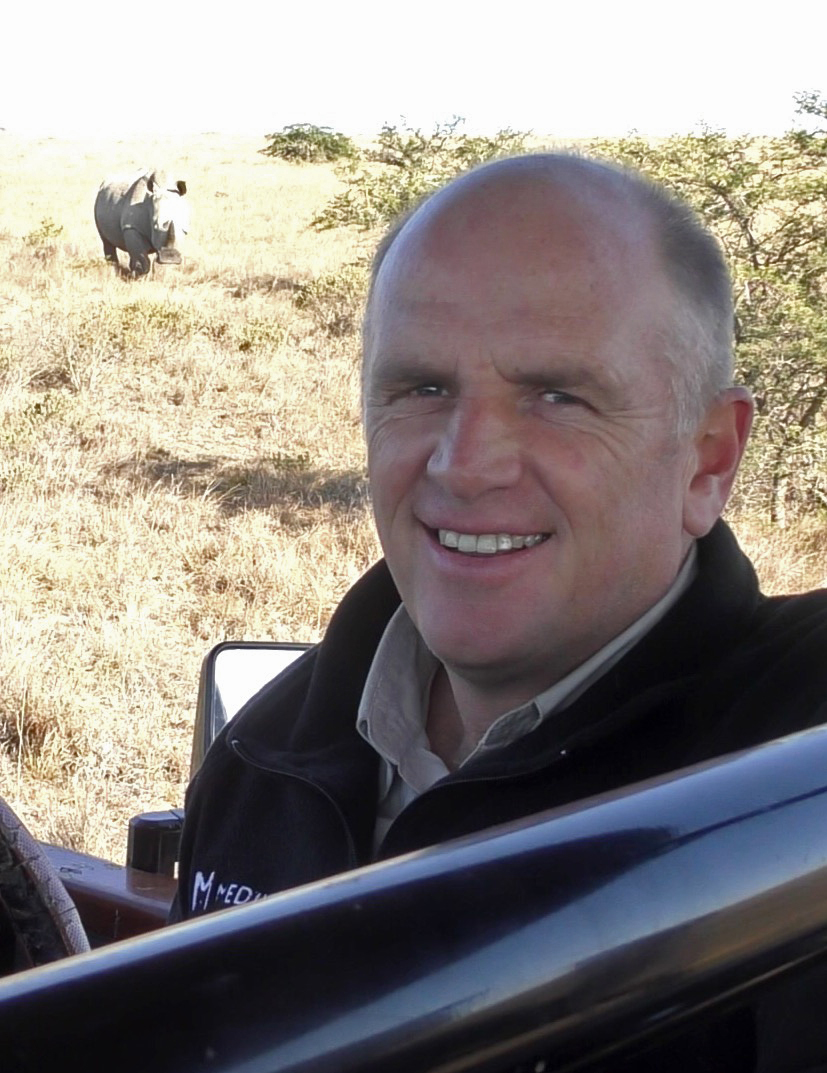 "Siseko is an exceptional member of our community and has really shown initiative and an interest in wildlife conservation, which has drawn him not only into contact with the environment but also into contact with people that have been able to help him to pursue his dreams and his career path. He has a fantastic personality, he gets on well with people of all ages, backgrounds and cultures, is hard-working, committed and dedicated to what he does."

From Growing up in rural Africa to becoming a rhino protector

Helping Rhinos: Tell us a little about your life, your journey to where you are now.

Siseko Mayinje: I was born on a farm, which is now part of the Amakhala Game Reserve.  I was raised by my grandparents who still live and work in Amakhala now.  I went to the local primary school, walking 5 km there and back everyday.  When I was thirteen, I went to live near Port Elizabeth (about one hour away) to attend high school, living with my aunt.  It was a big change for me after coming from a quiet rural area.  The school was large, over 1,000 students.  I didn’t really like school but knew I needed to finish and get my certificate.  I went home in the holidays as much as possible.  When I first went off to high school, the farm and neighbouring properties had become game reserves and my grandparents were now working at the lodges and on game drives.

I spent many holidays working at the lodges with my grandfather to earn money. It was then that my passion for wildlife/conservation was ignited.

I finished school at 18 and went back to work on the game reserve.  I realised what I really wanted to do was study nature and conservation but knew it would be too expensive for me to do so.  After a kind offer of private sponsorship from a Swiss guest at the reserve, I went to study Nature and Conservation in George. 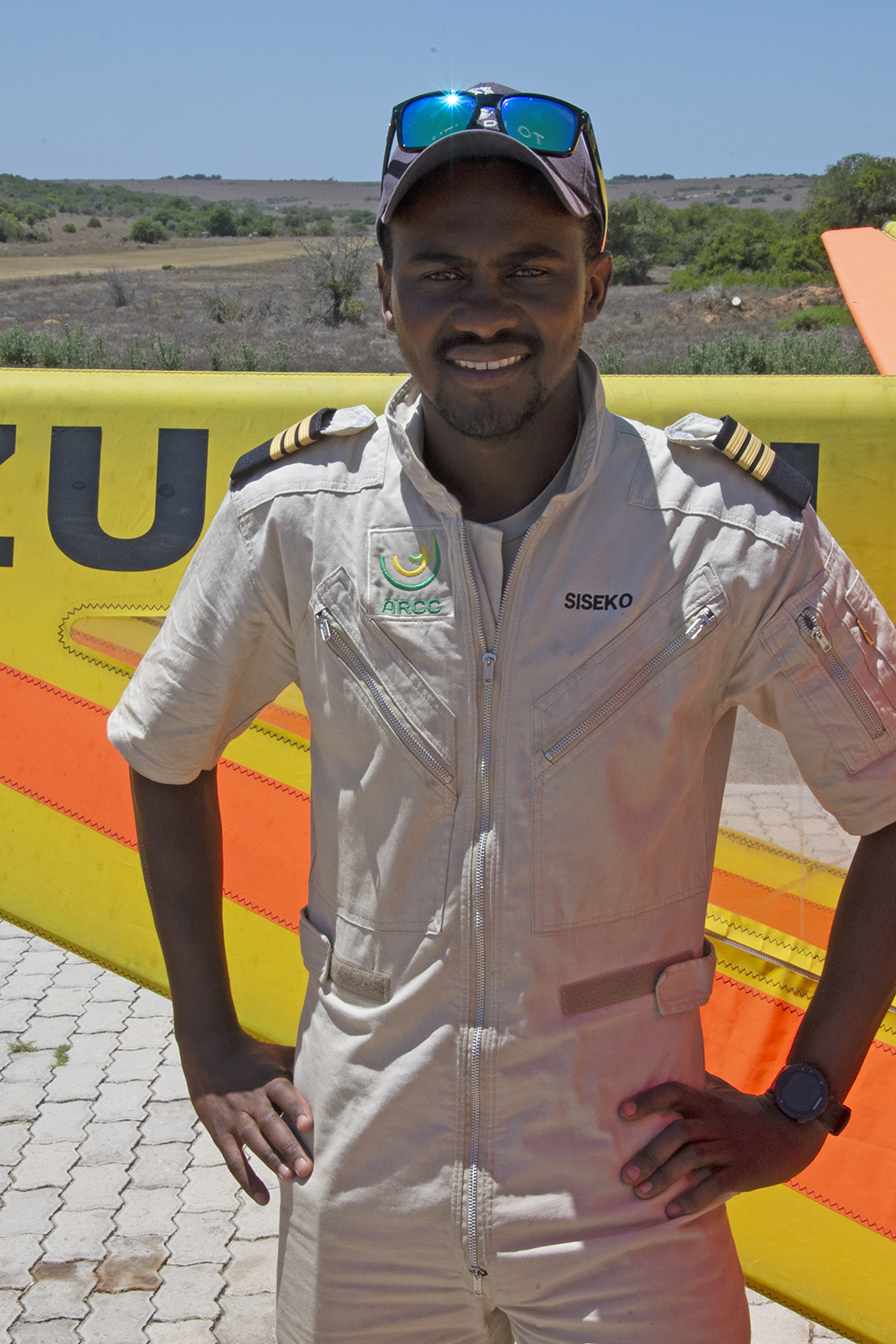 HR: How did this training and work at the game reserve inspire you further towards conservation work?

SM: After finishing my Nature and Conservation theory course, I returned to the reserve to do the practical aspect carrying out game monitoring and environmental education for local school kids.  After that I worked as a vet assistant to Dr William Fowlds.  We would often attend wildlife cases and the turning point for me was when we came across two brutally poached rhino.  The post mortem indicated that they had been dead for over a week.  During this time, poaching cases in the area had begun to intensify and after seeing what these animals went through, I realised I had to do more to help.

SM: I remember a case of a rhino (called Geza) from Amakhala who had been relocated to the neighbouring Kariega Game Reserve.  We came across him after half his face had been hacked off by poachers.  He was still alive when we found him, and it was very sad to see that he could hardly stand up, his front legs were numb and he was in a lot of pain.  The veterinary team knew that he would not pull through and we wanted to show the world exactly what these animals go through when they are attacked by poachers.  I remember waiting for a film crew to arrive so that we could record the facts about poaching and show everyone exactly what it means for rhino and for the people who protect and look after them.  This was very hard for me. Rhino can’t vocalize and he kept trying to walk towards us as we waited.  I will never forget the look in his eyes. This experience made me realise it was important for me to carry on working in conservation and doing what I could to stop poaching.

During my time working with Dr Fowlds, I would often go out onto the reserve in a helicopter particularly if we were doing wildlife capture or game counts.  I got to know the pilot quite well during this time and he suggested I learnt to fly. He offered me the chance to go to his Flying school in Port Elizabeth and I jumped at the chance.  If I could learn to fly, I would be able to help more with anti-poaching and conservation as well as gaining a very useful skill.

The course wasn’t easy; we had to do eight exams alongside the practical training. But it was worth it as in just under a year I got my private pilot’s licence.  After this I was able to fly as a private pilot and it was important for me to gain as much experience and flight hours as possible in order to work towards gaining a commercial pilot licence.

I took over as the pilot for Amakhala Game Reserve as the previous pilot had just left. This gave me the opportunity to combine my two passions: conservation and flying. Over time I gained more experience and flight hours and now have my commercial pilots licence as well.

I am now a Rhino anti-poaching pilot, flying a Bantam light aircraft for African Rhino Conservation Collaboration (ARCC), covering the vast area of the Indalo collaboration of game reserves. The Bantam is the best suited plane for this type of aerial surveillance as it is low on fuel consumption and can fly low and slow so that animals can be spotted, making it ideal for monitoring game reserves.  I will go out daily and check fences and look for rhino etc.

HR: How important is the connection between communities and wildlife conservation?

SM: The relationship between community and wildlife conservation is very important.  I spent my whole life growing up surrounded by wildlife, as did all the generations of my family.  The community is close to my heart and giving back to it means a lot to me, so I would like to think that I can inspire others to build a career like I have been able to.  I am hoping that in the future, there will be opportunities for other young members of the community to learn to fly and protect animals as I have gone on to do. But not only that, it is very important for everyone working in conservation and with communities to be united in our plans.

I would like to work with ARCC to help create a sustainable fund to train other pilots to follow after me, once I move on. This will provide them with a fantastic career opportunity as well as ensuring there is always an affordable pilot for the 'Eyes in the Sky' airwing project, protecting our rhinos.

HR: How excited are you to be sharing your stories of the Eastern Cape at our Spring Talk event at the Royal Geographical Society on 2nd April?

SM: I am very excited but also very nervous!  Never in my wildest dreams did I imagine I would be in London sharing my stories.  I am very proud to be sharing my journey and I look forward to meeting everyone on the day.

Book Tickets to See Siseko at the Spring Talk