It was the last week in April, a warm day in the Zululand bush, when the news we never look forward to hearing, the arrival of a new rhino orphan into care, came to us from our partner, Zululand Rhino Orphanage.

The day started just as any other, local rangers set off on their regular patrols when, in the distance, they spotted a stationary mass of grey. They walked on with determination, knowing that what they might find would not bring good news.

Their fears were confirmed when, on closer inspection, this was the poached body of a female rhino who, despite, being already de-horned, had been poached for the small stub of horn left behind.

Next to her body, standing completely still in fear, was her hungry and dehydrated calf, desperately in need of food and water. A vet team was quickly summoned and after carrying out initial health checks, the young orphan was taken to specialist facilities at the Zululand Rhino Orphanage to begin his rehabilitation.

Understandably disorientated, on arrival at the orphanage, the orphan calf was regularly heard calling for his Mum – the heartbreaking cry of a lost and lonely soul. But thanks to his dedicated carers, he soon settled down and began to take on the food and drink he so urgently needed.

CHOOSING A NAME FOR A RHINO ORPHAN

At 10 months old, the little rhino orphan’s personality started to shine through as soon as he began settling into his new home at the orphanage. It quickly became clear that he was a fighter and wanted to live, so when the local Gumbi community, who live on the land surrounding the orphanage, were called upon to choose his name, they decided on Ncengimpilo which means 'the one who fights for life' in Zulu.

A fitting title for a brave orphaned calf who will be known as Mpilo, for short.

A new arrival at the orphanage requires much preparation including securing a new boma for the rhino orphan to stay in, arranging specialist food to suit a rhino diet and the commitment and dedication of loving carers who will be with him night and day to help him settle.

Yet, the first few nights were difficult for Mpilo and his care team. Mpilo cried a lot and took time to trust his carers at the orphanage. While he stayed in his house in the boma, his devoted team spent the night on the other side of the gate, often singing to him so that he got used to their presence.

Megan, the orphanage manager, and one of the principle carers of Mpilio, recalls one night during Mpilo’s first few days in his new home: “I sat with him till half past 10, he cried but ate some fresh grass. Then, until 2am he was just crying and calling every 10 to 20 minutes but calmed down after a short while and fell asleep again. From 2am he was more settled and cried only once. From 5am I sat at the fence and he often came right up to me and even got the milk teat in his mouth (he didn't drink though) but he ate grass and Lucerne since 6am”.

The round-the-clock team’s priority is to ensure that Mpilo’s every need is cared for – and it’s not an easy task. So, when they made him a little wallow (which he loves), rubbed himself on the tyres in the boma and scratched himself on the acacias, acting like a little rhino should, it started to make all their hard work worthwhile.

WHAT’S NEXT FOR MPILO?

There is a long way to go but with latest reports from the orphanage reassuring us that Mpilo is calmer in the night, cries less, has eaten a whole bucket of lucerne/teff/grass mix, is still drinking lots of water and is now making friends with the other rhino orphans, the outlook is much more positive for him.

Helping Rhinos is committed to supporting our partners at Zululand Rhino Orphanage to give Mpilo all the care he needs. Simon Jones, CEO of Helping Rhinos, “The news of a new rhino baby at the orphanage always fills me with very mixed emotions. On one hand I am delighted that there is such a specialist facility with such a dedicated team of carers to look after the new arrival. I am proud that Helping Rhinos has played such a key role in ensuring these orphans can get the care they need. But on the other hand, it is heart breaking that ANOTHER baby has lost his or her Mum because of man’s greed and that they need the orphanage at all.”

The aim, as with all the rhinos at the orphanage, is to ensure Mpilo can be released back into the wild, where he belongs. But, for now, it’s clear that Mpilo has truly stolen the whole team’s hearts.

Mpilo needs all the support and care he can get to ensure that he has a future and long life into rhino adulthood, not just from his orphanage team, but from loving, compassionate people around the world.

You can adopt Mpilo from just £5 per month and contribute directly to his care and help secure his future. Simply click on the button below: 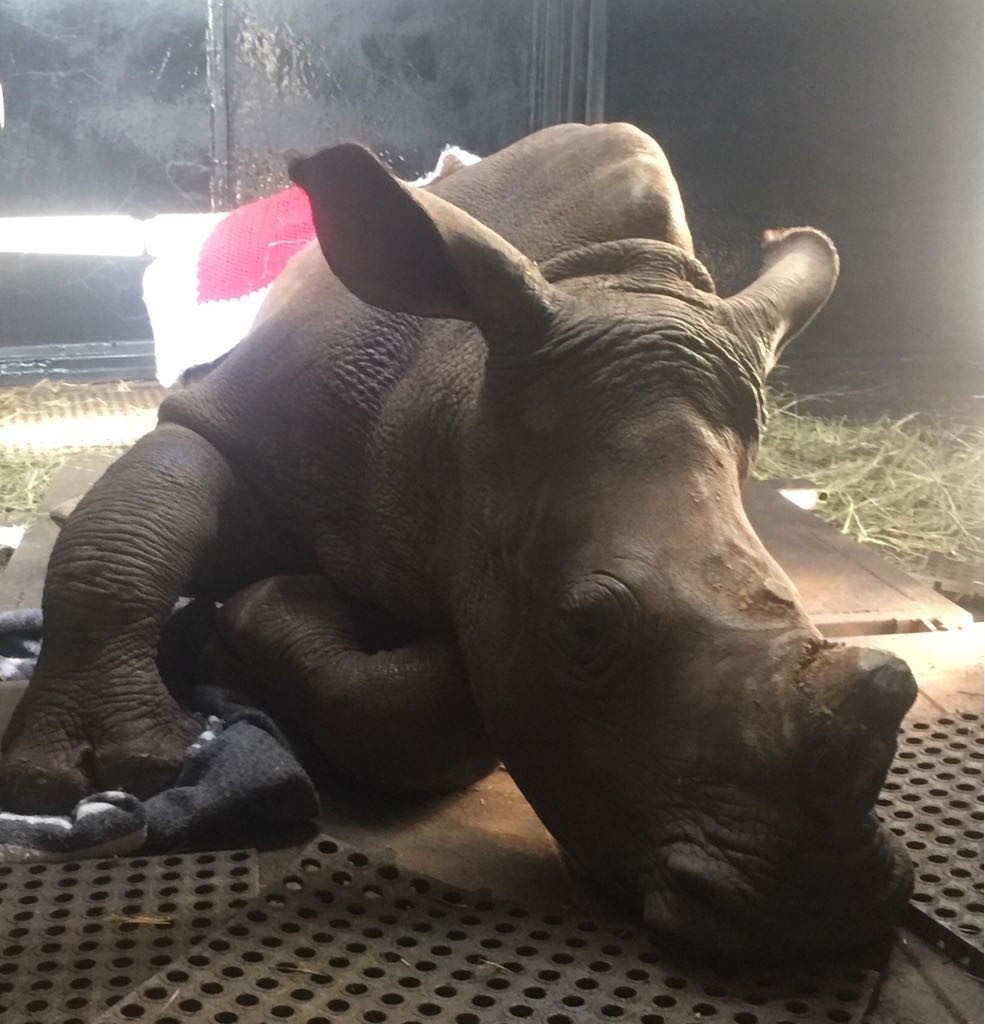 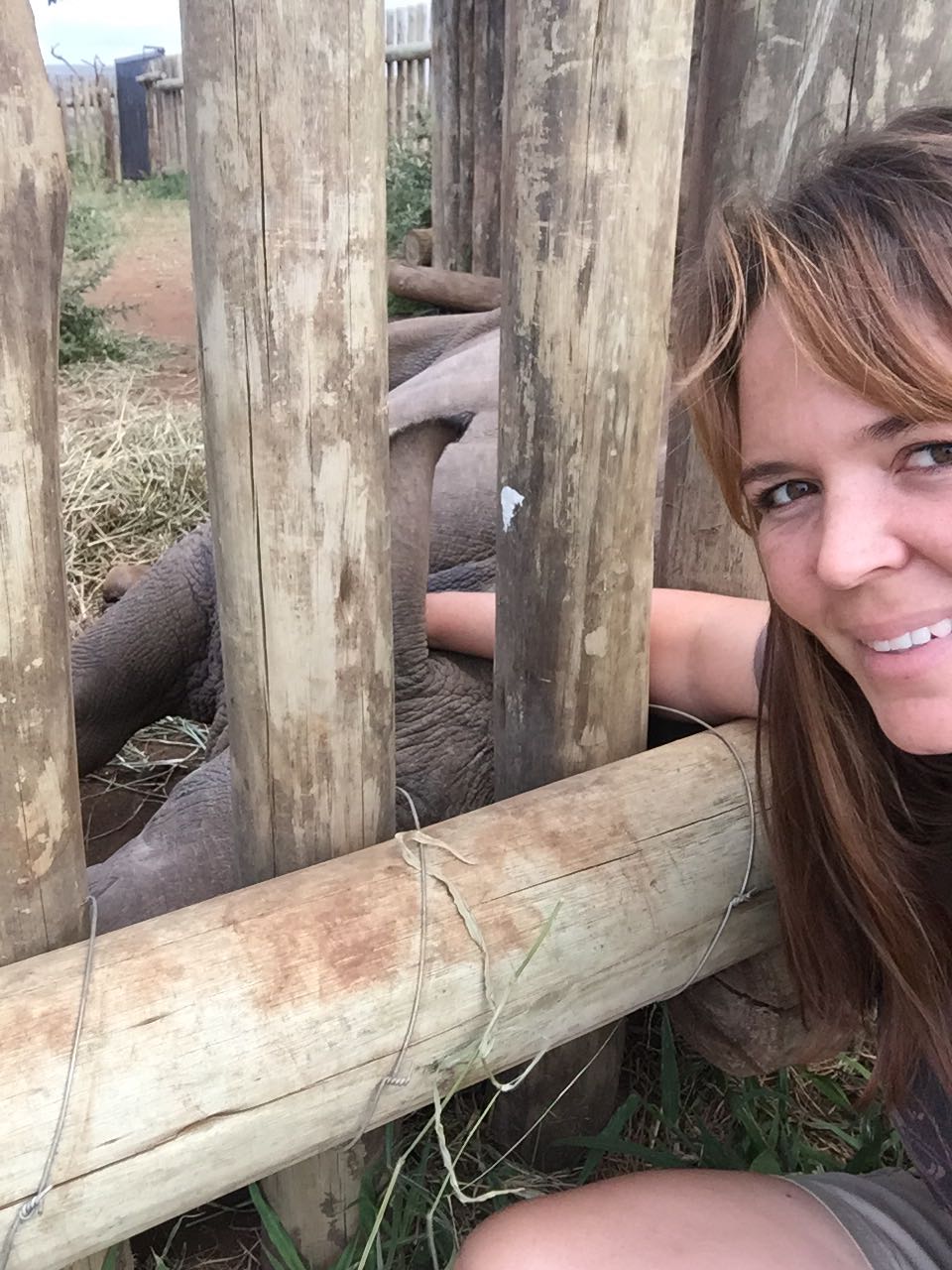 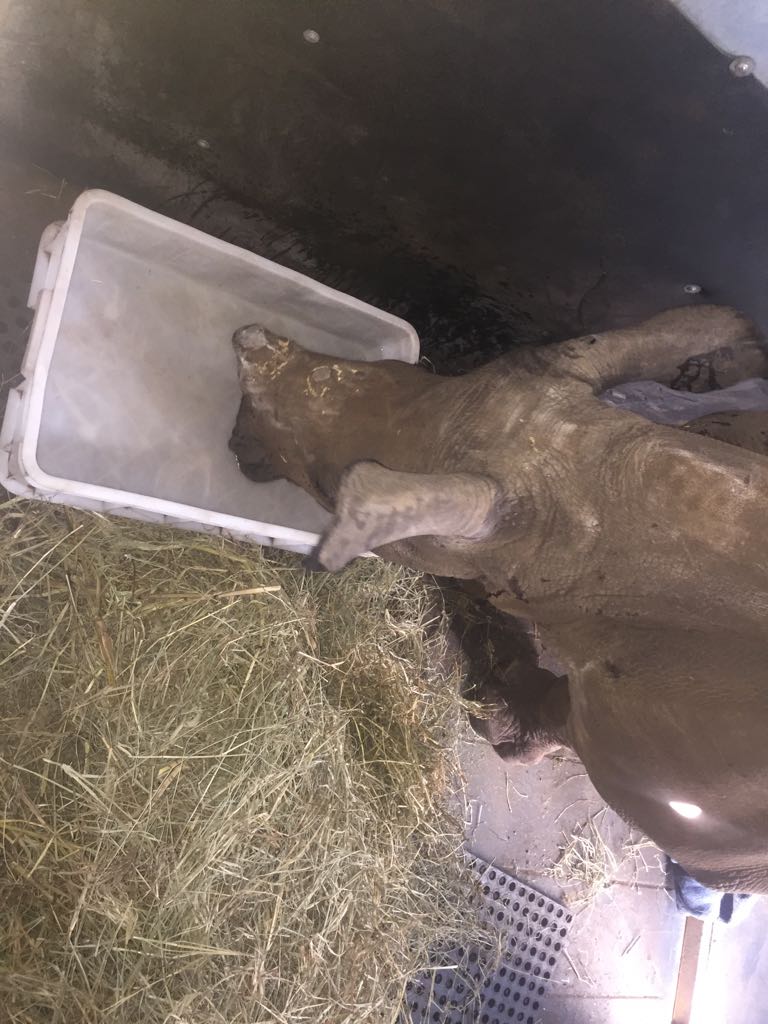