We are thrilled to share with you a special preview of the amazing items up for auction at our London event, Shades of Grey - Seven Saviours of Black and White Rhino, on the 15th March.

But don't worry if you can't join us in London, that doesn't mean you have to miss out! Simply hit the button alonside any of the auction items to ask for more information or to enquire about making a pre-bid.

All funds raised in the auction will support the launch of a mobile veterinary unit to be based at Ol Pejeta.

With Honourable Intent - The story of Fauna & Flora International

The pioneering work of the society's founders led to the creation of numerous protected areas, including Kruger and Serengeti National Parks and, the Ol Pejeta Conservancy. FFI played an instrumental role in creating much of today's global infrastructure, including the establishment of well-known institutions such as IUCN and WWF.

Enquire about With Honourable Intent 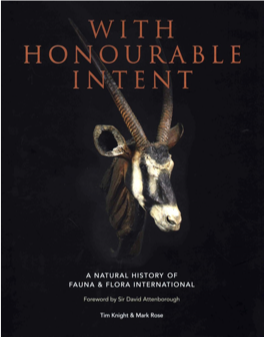 Rhino made of recycled flipflops by Ocean Sole

Every single Ocean Sole product is handcrafted to protect the oceans and teach the world about the threats of marine debris.

As a bizarre and yet very real phenomenon, thousands and thousands of flipflops are washed up onto the East African coast creating an environmental disaster. Not only spoiling the natural beauty of our beaches and oceans, the rubber soles are swallowed & suffocated on by fish & other animals, they obstruct turtle hatchlings from reaching the sea and are a man-made menace to our fragile ecosystems.

Our creative team of artisans transforms the discarded flipflops into elephants, giraffes, lions, rhinos, dolphins, sharks, turtles and more. With so much in the news currently about plastic in the ocean, these colourful masterpieces come with an important message about marine conservation whilst bringing smiles to people all over the world. 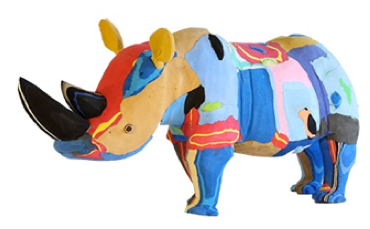 The follow up to the highly acclaimed Remembering Elephants, Remembering Rhinos has since its launch in November 2017, raised more than £150,000 for rhino conservation.

This copy has been signed by a number of the award winning artists who contributed to the book. 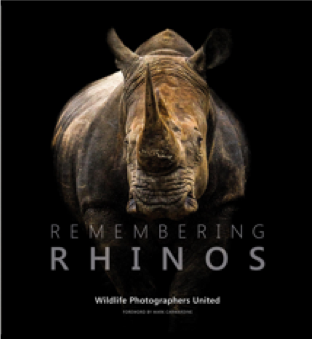 On March 15th, on this very day, the original sculpture, a 17-foot-tall artwork, the biggest rhino sculpture in the world, will be unveiled at Astor Place in New York City.

Entitled 'The Last Three', the original interactive art installation is the creation of Gillie and Marc Schattner an Australian husband and wife team who wanted to raise awareness of the plight of the rhino. This bronze is a replica of the original sculpture.

Enquire about The Last 3 bronze sculpture 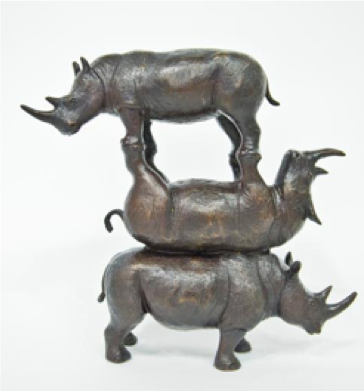 Nabuul, the mother of the calf to be named, was a victim of rhino poaching in a neighbouring conservancy. She was found near her dead mother's body too young to fend for herself. She was moved by plane to Ol Pejeta where she was hand-reared in the safety of an endangered species enclosure, in the company of another rhino orphan - Lola. Nabuul and Lola, defying the stereotypical aggression of black rhinos, became firm favourites with the rangers and their keepers, who kept a close eye on their progress.

In December 2014, as they became less and less familiar with human interaction and approaching breeding age, a gap was made in the endangered species enclosure and they were encouraged to take their first steps into the wild. Their adoring keepers continued to monitor Nabuul and Lola and were delighted when last July 2017, Nabuul gave birth to a female calf.

A special story and a unique opportunity to name Nabuul's calf. 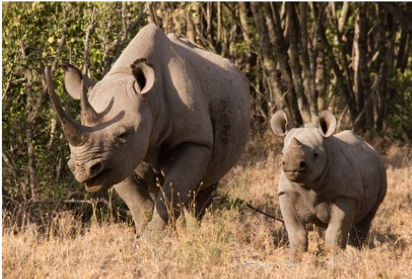 One of the most important polo tournaments in the world - attracting the world's greatest players and their first-class string of ponies. Add to that Cartier's impressive VIP guest list, fabulous Clubhouse hospitality and the stunning backdrop of Windsor Great Park, and the Cartier Queen's Cup Final has all the hallmarks of being a key event in the English social season.

Grandstand and hospitality tickets for non-members are not yet on sale!

An exclusive opportunity for this most prestigious polo tournament, being held on Sunday 17th June 2018. 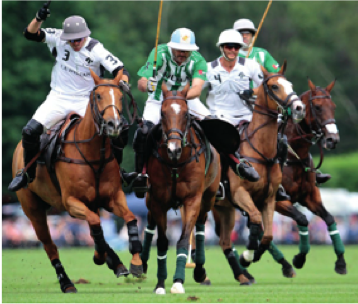 Following a visit to Ol Pejeta that included meeting Sudan, Rainee was inspired to produce this amazing tribute to Sudan - the very last of his kind, the last male northern white rhino. 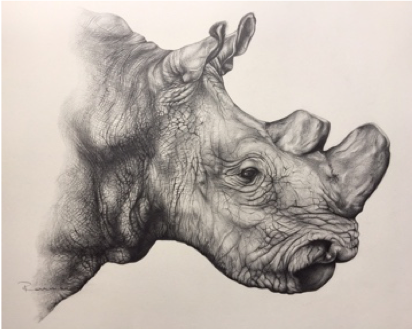 Overlooking the serene Pelican Dam, this recently renovated Bush Home is located in the East of the Conservancy, within easy reach of some of Ol Pejeta's best wildlife experiences. Fully catered and with your own safari vehicle you will experience lion tracking, behind the scenes with the chimpanzees, a bush walk, dog tracking and a visit to the last northern white rhinos enclosure.

A presentation of Ol Pejeta by Richard and a behind the scenes look at the day-to-day operations is also part of the experience. Holiday includes all internal transfers from Nairobi airport but excludes international flights. 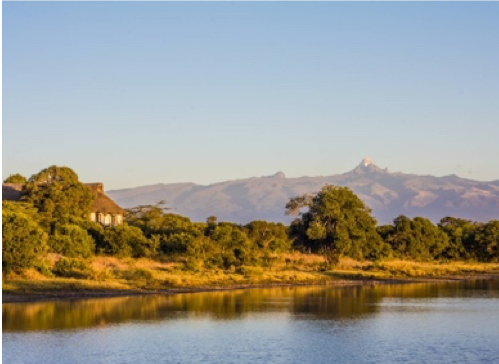 A 5 day / 4 night itinerary, combining the Ol Pejeta Conservancy with the Naboisho Conservancy which is part of the wider Maasai Mara ecosystem.

Starting and ending in Nairobi, so including internal flights from Nairobi to Nanyuki, from there to the Masai Mara, and back to Nairobi at the end. The areas are renowned for their bountiful biodiversity and breath taking natural beauty with a wide range of wildlife on offer including lion, cheetah, elephant, giraffe, wild dog, and of course, rhino.

Visitors can enjoy an assortment of outdoor activities such as horse rides, guided walking safaris, and nocturnal game drives. All meals, house drinks, and safari activities are included, as are park fees and a special visit to the endangered rhino enclosure on Ol Pejeta. Apart from tips and of course international flights, everything is included. 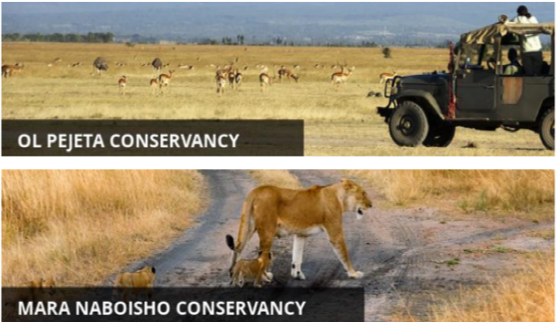 'The Accuser' by Karen Laurence-Rowe

This original artwork is presented for sale for the first time. Inspired by the immense power of the black rhino, experienced during a close encounter with one, internationally renowned, award-winning artist, Karen Laurence-Rowe has immortalised that power in this stunning oil on canvas.

Watch the video below to see the story behind the painting, and how the hearing the news of yet more poaching prompted an emptioanl response from Karen.

Enquire about The Accuser 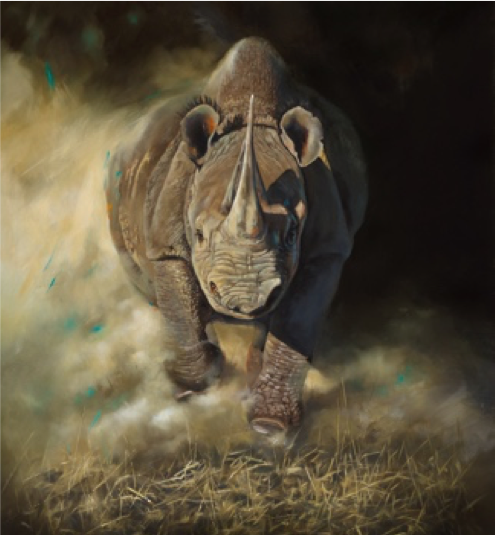