THE MOST ELIGIBLE BACHELOR IN THE WORLD IS ON TINDER

AND HE’S LOOKING FOR LOVE 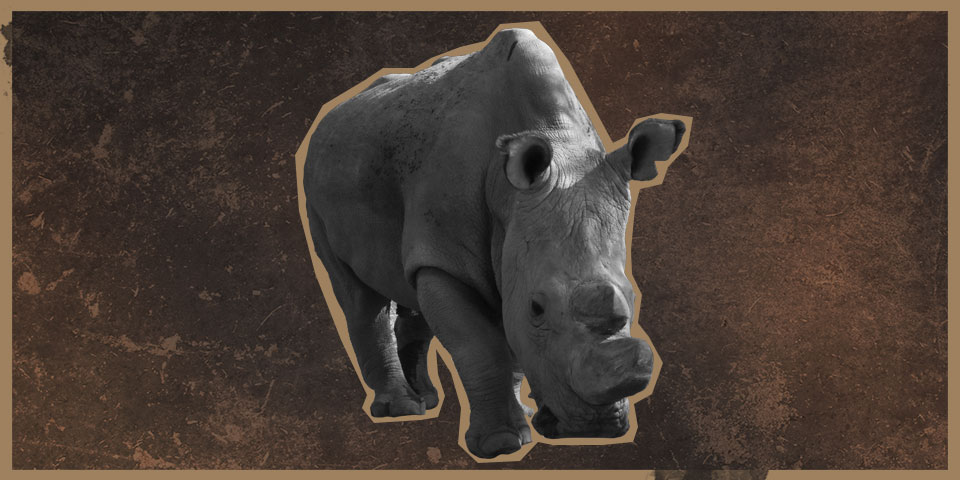 Nairobi, Kenya – April 25, 2017. Ol Pejeta Conservancy has partnered with Tinder, the world’s leading social app for meeting new people, to launch a new campaign to raise awareness about ‘The Most Eligible Bachelor in the World’ named Sudan. Sudan is the only remaining male northern white rhino on the planet.

The goal of this campaign is to raise the $9 million needed to protect the northern white rhino from extinction. When Tinder users ‘swipe right’ on Sudan’s profile, they will be directed to a page from which they can donate towards this cause.

Sudan is not only The Most Eligible Bachelor, but he also boasts a pretty impressive profile. Not only is he a pretty fine specimen of a rhino, but he has his own personal team of armed bodyguards, and has appeared in a string of international documentaries and news stories. Sudan lives his bachelor life at Ol Pejeta Conservancy with his two female northern white rhino counterparts, Najin and Fatu. They have been unable to breed naturally due to a range of issues including old age. However, there are 17,000 other potential female southern white rhino suitors.

“The plight that currently faces the northern white rhinos is a signal to the impact that humankind is having on many thousands of other species across the planet. Ultimately, the aim will be to reintroduce a viable population of northern white rhino back into the wild which is where their true value will be realised,” Said Richard Vigne, CEO, Ol Pejeta Conservancy. 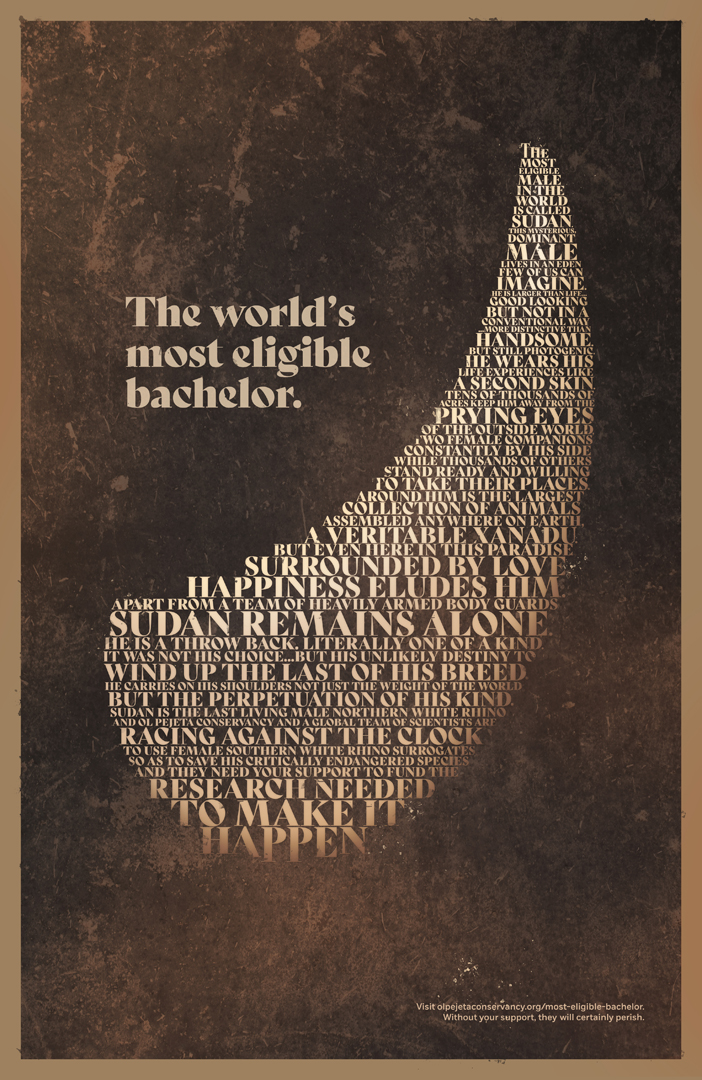 Sudan will be on Tinder beginning April 25th.

“We partnered with Ol Pejeta conservancy to give the most eligible bachelor in the world a chance to meet his match,” said Matt David, Head of Communications and Marketing at Tinder. “We are optimistic given Sudan's profile will be seen on Tinder in 190 countries and over 40 languages."

“We are in a race. A race against the extinction of the northern white rhino species. We urgently need to raise awareness and funds for Sudan. No one could run this campaign better with us than Tinder. It will offer ‘the most eligible bachelor’ global exposure in such a meaningful way. We are honored and very proud to be part of this campaign that will have a positive impact on our environment,” said Mathieu Plassard, Regional Managing Director, Ogilvy Africa.

The funds raised will go towards ongoing research into Assisted Reproductive Techniques (ART) by a consortium of institutions. Once perfected, this technology, in particular in vitro fertilization (IVF), will aid to achieve successful pregnancies to gradually build up a viable herd of northern white rhinos.

If successful, this will be scientists will have carried out artificial reproduction in rhinos.

“This represents the last option to save the species after all previous breeding attempts proved futile,” said Vigne.

The research, which is currently ongoing in the United States, Germany and Japan aims to establish a herd of 10 northern white rhinos after five years using in-vitro fertilization.

“Financial support remains the biggest challenge to this project. At 43 years, Sudan does not have much longer to live. To win this run against time it is very crucial to find major funds as quickly as possible, “said Steven Seet, Head of Press and Communications at the Leibniz-IZW who are part of the research consortium.

Status of the Research
The European Northern White Rhino Working Group, made up of international zoological experts, met in early March to discuss the next steps in bringing the northern white rhino back from the brink of extinction.

For the past two years, experts have been developing a technique known as ovum pick-up (OPU) on southern white rhinos, which involves the collection of eggs from females. While the first stages of embryonic development have been achieved already, scientists now face the challenge of keeping the cells alive long enough to mature and be fertilized, so that they develop into embryos suitable for transfer.