In the last few months, wildlife officers across California confiscated rhino horn that had been crafted into jewelry and other commodities, as well as parts of other endangered species, in three major international ports of entry. These events in San Francisco, Oakland, and Los Angeles highlight the existence of a black market for rhino horn in the United States — despite the strong legal stance we have taken against this horrific trade.

Asian import companies (and also smugglers) have a strong presence in California, as two of the nation’s largest ports are in the Los Angeles area alone. As a leader in environmental issues, California has been particularly aggressive in fighting black-market trafficking. Notably, Gov. Jerry Brown has created a Wildlife Trafficking Team within the State Department of Fish and Wildlife to counter this illegal, bloody enterprise. Nonetheless, as indicated by these recent confiscations, the demand still exists in the U.S. for rhino horn.

Helping Rhinos is embarking on a major outreach and student engagement campaign focused on Southern California and among communities that are primarily of Asian descent. The demand for rhino horn globally is largely from current and former residents of East Asian countries, wherever they live.

Our student outreach campaign will work with teachers and the children of relatively recent Asian immigrants to America to build awareness among students about rhino poaching and how they can counter that tragedy. We will meet state science standards with creative and engaging curricula to help teachers. The entire activity will empower students to help shift the perception of rhino horn among their communities.

In this way, students can be agents of change to help reduce demand for rhino horn in the U.S. and East Asia through their family members and their communities. Teachers who may be interested in partnering with us should contact Dr. James Danoff-Burg at [email protected].

Rhino horn looks most beautiful and is most valuable when it is on a rhino — one of nature’s most majestic wonders.

For more information, see these two articles: Endangered-animal trafficking hits home, originally published 3 April 2017 in the San Francisco Chronicle, and Rhinos are having their horns hacked off for somebody’s art collection, originally published 10 September 2016 in the Washington Post. 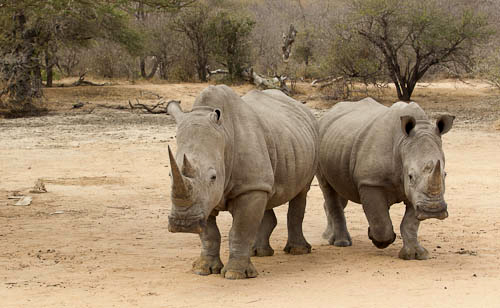